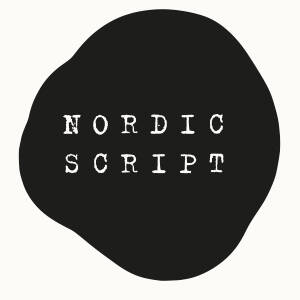 Are you looking for new angles to your own writing or to script writing in general?
Are you interested in a year-long networking with Nordic peers?

Nordic Script is a new screenwriting lab and networking arena tailored for 12 participants out of which up to nine will be scriptwriters.

The other participants will be dialoge partners of scriptwriters (story editors, producers, commissioners).

In 2022–2023 the focus will is on drama series writing and development processes.

The annual training workshops are due to unfold at the following events and locations:

The labs in Oslo, Gothenburg and Helsinki will be led by three Nordic mentors, each also coaching a smaller group through all three labs. The labs are provided by Nordisk Film & TV Fond.

Participants answer for their own travel expenses (flights and accommodation).

Adam August - studied with the Danish Film School’s writing program from 2015-2016 and at the Truby Writing Studio in LA. Adam’s debut as a screenwriter was Darkland (2017), which received a Bodil award (Danish Golden Globe) for best screenplay. In addition, Adam served as a writer for the series Follow The Money on its third season in 2019, which received the Allen award for its writing and Robert Award (Danish Academy Award) for best series. He has been a writer on the hit DR show Cry Wolf which won the main prize at the Zürich Film Festival in 2020 and Robert Award (Danish Academy Award) for best series and was awarded the 2020 Nordisk Film and TV Fond prize for best Nordic series script of the year. In 2020, he directed his own series for DR, LOVER. Adam is creative executive and head of Drive Writing Studios.

Maria Clauss - has worked in the film and TV-industry for more than 20 years. She works with many of the most prominent film production companies and TV channels, including Filmlance, Yellowbird, Nordisk Film, SVT, HBO and NETFLIX. She has recently developted the award-winning films Charter, JJ + E, Call mum! and TV-drama series Beartown 2 and Top Dog S2. She has been teaching screenwriting at Stockholm University of the Arts, Alma Education, and Biskops Arnö Folkhögskola. Her main focus is to find the emotional core of the story.

Margrete Soug Kåset - is one of Norways most experienced story mentors within TV drama. Since 1998 she has been supervising development and production of TV-drama series, from 2006 - 2016 as story editor/story producer for NRK drama. Her portfolio includes series such as Norway’s highest rated seasonal series Himmelblå, the 1st Norwegian winner of International Emmy for best drama series, Mammon II, and the critically acclaimed thriller series Monster, winning European Script Awards 2017. From 2017 she was engaged as a development commissioner at the Norwegian Film Institute, and is now story coaching for the industry, managing and mentoring writers rooms - besides teaching at Westerdals Institute for Film & Media at Kristiania University College and giving courses. Margrete Soug Kåset started out in the Norwegian Film & TV industry in 1992, directing a number of titles for NRK, including documentaries, entertainment and fiction. Margrete is educated at the University of Stockholm & Volda University College.

The idea of the lab has been developed by the Fund together with co-founding partners Cia Edström, Gothenburg Film Festival, Taina Seitsara, City of Helsinki and Jan Strande Ødegårdstuen, Seriedagene Oslo/NRK.

Cia Edström - With a background from the Swedish Film Institute, 2000 – 2006, where she was heading the division aiming to increase knowledge targeted towards the film industry in a wide range of topics such as new talent, gender equality, animation and film politics. From November 2004 – to date Head of Industry at Göteborg Film Festival with a focus on Nordic Film Market, TV Drama Vision and the yearly Nostradamus reports.

Jan Strande Ødegårdstuen - is head of innovation drama at NRK Drama, and is also working as a story-editor. He is a member of the program committee at Oslo Seriesdays.

The application language is English.