Gustav Lindh and Kristine Kujath Thorp are some of the new actors on board Zentropa’s epic period drama, previously known as The King’s Land.

Besides Mads Mikkelsen and Amanda Collin who star as the impoverished Captain Ludvig Kahlen and the vigorous and mortified Ann Barbara, new actors on board include Simon Bennebjerg, (The Pact, Borgen) as Frederik de Schinkel, the local landowner and rival to Ludvig Kahlen, Gustav Lindh (Queen of Hearts, Riders of Justice), as pastor Anton Eklund, Kahlen’s unlikely ally, and Kristine Kujath Thorp (Sick of Myself, The Great Silence), as Frederik de Schinkel’s cousin Edel Helene.

Other actors include Magnus Krepper (Queen of Hearts, Before We Die), Morten Hee Andersen (Deliver Us, Margrete-Queen of the North), Jakob Lohmann (Riders of Justice, Oxen), and Felix Kramer (Dark). 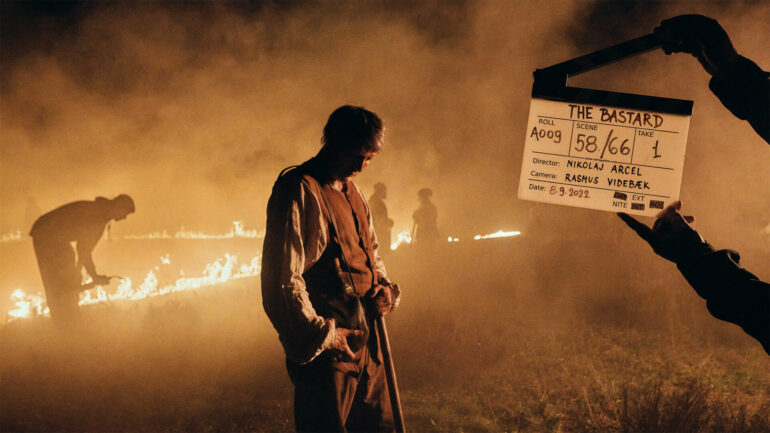 Set in the mid-1700s, The Bastard (Bastarden) is a gripping drama about the conquest of the Danish heath, unremitting nature, big dreams and even bigger sacrifices. It’s the story of a proud and uncompromising man and the woman who becomes his ally in the fight against evil, death and perdition.

The €8m feature project backed by Nordisk Film & TV Fond has already been pre-sold by TrustNordisk to major territories such as the US (Magnolia Pictures), Germany (Plaion Pictures), France (The Jokers Films), Benelux (September Films) and Hungary (Vertigo Media).

The national release via Nordisk Film is set for the fall 2023.​