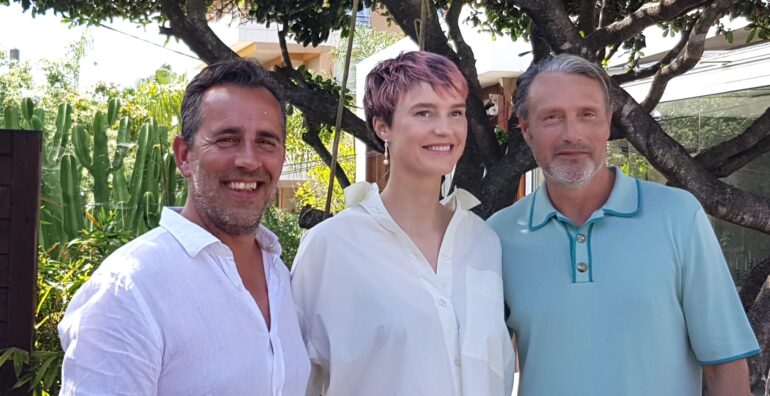 The long-time friends and collaborators were on hand on Wednesday in Cannes to discuss Zentropa’s period epic drama, set to start filming in September.

Ten years after A Royal Affair which sold 570,000 tickets in Denmark and was nominated for an Oscar, director Nicolaj Arcel will be reunited with star actor Mads Mikkelsen in the Danish-language period drama The King’s Land (Kongens land) co-penned by Arcel with seasoned writer Anders Thomas Jensen (Riders of Justice, After the Wedding). Mikkelsen’s co-star will be Danish fast-rising acting talent Amanda Collin (HBO Max’s Raised by Wolves, A Horrible Woman). 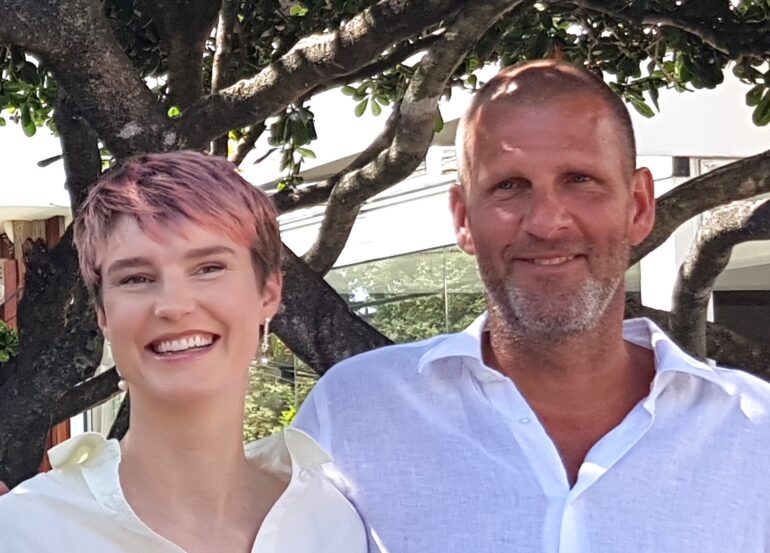 Inspired by real events, the script is based on the 2020 Danish best-selling novel by Ida Jessen ‘Kaptajnen og Ann Barbara (lit.’The Captain and Ann Barbara’).

The story kicks off in the mid-1700s, when Denmark’s King Frederik V declares that the wild heath of Jutland should be tamed and cultivated to bring new taxes to the royal house. No one dares to venture into the unforgiving and brutal nature, haunted by wolves and highwaymen. That is until late summer 1755, when the impoverished soldier Ludvig Kahlen defies all advice and takes up the challenge. He also gets an enemy in the landowner Frederik de Schinkel who will do anything to stop him. But when the runaway housekeeper Ann Barbara seeks refuge with Kahlen, an unbreakable bond is formed, and together, the two take up the fight.

Discussing at a press point his motivation to bring this story to the screens, Arcel said he was fascinated by Ida Jessen’s novel and saw an opportunity to bring his personal touch and modern take to the period piece. “The characters in this film go through an amazing journey. For me Mads [Mikkelsen]’s character Ludvig is also very personal. Having a massive drive and ambition that almost goes beyond imagination is [similar to] when I was kid and thought I was going to make films-Ok it’s a different story, but I can relate to this character,” he said.

Comparing his upcoming film to A Royal Affair, which was refined and highbrow, Arcel said The King’s Land will also be a love story but it will be “more brutal, darker, with more humour as well”. “So in terms of vision, I look back at the epic classics I love by David Lean, Bernardo Bertolucci, and I’ll give the movie that sense and take, while modernising it and giving it our own language,” he explained.

Picking up on the core of the story, Anders Thomas Jensen who wrote the script with Mikkelsen in mind, said “it’s about a man [Ludvig] who has nothing and wants everything, and is willing to risk his life to reach his dream. It’s always a good story when there is a man ready to die to achieve his goal”, he quipped.

Mads Mikkelsen said boarding Arcel’s feature project was a no brainer after his experience on A Royal Affair. “I loved every second of it. I loved the result, and working with him [Arcel]. I tend to go with the things I like, that interest me. So if it’s family and old friends-that’s an easy pick”, he said.

Amanda Collin said when Arcel approached her with the project, she was immediately hooked on the idea to play against Mikkelsen and to embody a strong and empowering female character, who unlike women at the time, rebels against her role in society.

Shooting is set to start September 5 in Denmark, Germany and the Czech Republic; the release via Nordisk Film Distribution is set for the fall 2023.

The King’s Land will be Zentropa’s biggest Danish-language feature film ever, with an €8m budget.

Producer Louise Vesth said she is looking forward to working with Arcel again. “It’s been way too long that he hasn’t made a Danish movie. Nicolaj and Anders Thomas Jensen are among the best scriptwriters we have in Denmark. Combining their skills and this fantastic cast will be superb-I’m super proud!”

Vesth also said she is proud to have financed the film within the tradition public funding and co-production system, and to work on a new epic for the big screen experience. “My heart belongs to feature film and cinema. The magic is when you have this one-piece story. You don’t feel you are taken by your brain by somebody who wants you to come to another episode, and another episode. What you see is what you get and you have to invest yourself when you are in a cinema. Everyone in Europe should pay more attention in helping to keep the [feature film] way of storytelling,” she said.

Asked to comment on the overall drop of cinema-going habits after the pandemic, Mikkelsen said: “it turns out that [during Covid], we were quick at throwing some habits and adapting to other habits. It was too quick for me. But I don’t think there has to be a discussion of platform against cinemas. We have to realise that platforms are here to stay so instead of fighting each other, we should learn from each other, inspire each other. Cannes will always be here. I will always go to a cinema to watch a film. But there are also people who want to sit back home and do it. Can we inspire each other? That would be the way forward. How can we do this? I’m not sure. But fighting each other, that’s not the way!” said Mikkelsen.​