Invited at Aarhus THIS Series to speak about film and TV in the streaming age, the five Nordic film institutes, acknowledged the need for faster and deeper reforms.

Asked by moderator Keld Reinicke to reflect on the biggest challenges each institute is facing, Claus Ladegaard jumped straight into the windowing issue. “The biggest question today is what will happen with the current windows structure,” he said, mentioning uncertainties regarding holdback period between theatrical and VOD. “Will it be 45-60-75 days? We don’t know for sure. But what is interesting for us as traditional funder, is that streamers are moving towards shorter series and films, which is the real area for competition right now.“ For Ladegaard, this is where the DFI, as gatekeeper of independent filmmaking, has a key role to play, by remaining flexible in supporting all types of film releases-even straight to VOD, but “only for certain types of films”. 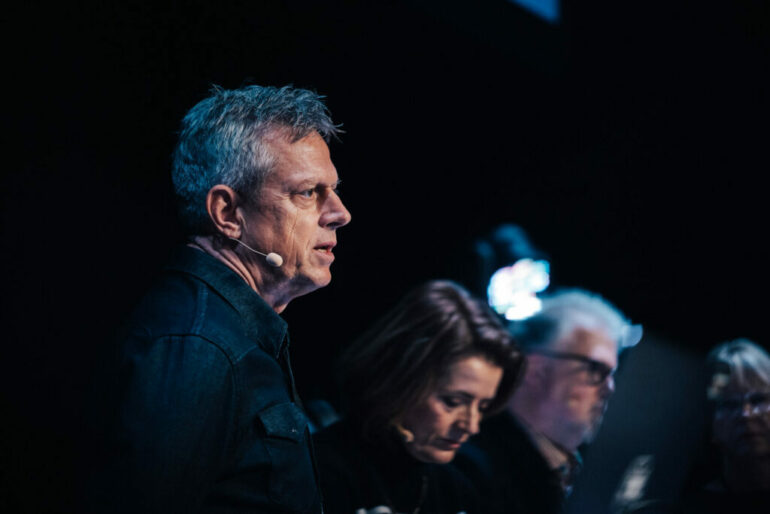 Ladegaard’s colleagues shared his views on flexibility, while outlining their own priorities.

Kjersti Mo pledged for a re-evaluation of the role of institutes. “As funder and big fish in the new pond, we need to be more specific in defining our new role to strengthen independent producers,” she said. Going forward, a priority for the NFI, is to invest more heavily into development, to help producers have a stronger position while negotiating with distributors and platforms, noted Mo.

Saarinen stressed the positive bouncing back of the Finnish theatrical market post-pandemic -“October was the second best in Finnish history” - and clear sign that “audiences want to see films in cinemas”. He also acknowledged Finland’s slower move away from the traditional film financing and distribution model, and stricter support rules, that don’t allow for instance for films ordered by streamers, to access funding from the Finnish Film Foundation. Looking at the worse case scenario, he said it would be “disastrous” if support to film in the future would only go to important films for Finnish arthouse audiences. “We would become somewhat of a relic,” he said.

Guðjónsdóttir said Iceland is more adaptable to changes and able to react fast. “Icelandic producers make about four feature films a year - mostly co-productions. We also have a lot of success internationally with our TV series - backed by big players such as Sky, or Netflix, or co-produced with European partners. Our talents are very busy and we have a lot of stories to tell”, she claimed.

Meanwhile in Sweden where the Film Institute is in a transitional phase - waiting for a new CEO - Mattsson said changes to regulations are slow and submitted to approval from the Ministry of Culture. “We will have a new budget in December, but there are many uncertainties for the near future,” he admitted. 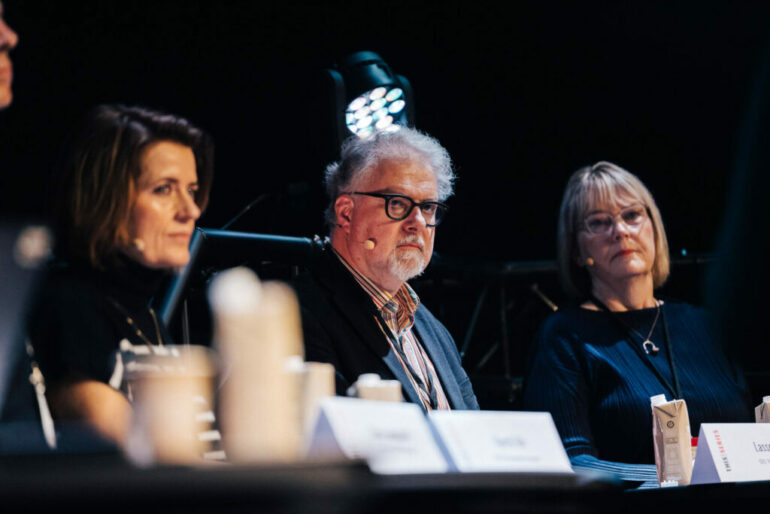 TV drama support
Regarding support to TV series, Denmark, Norway and Iceland are leading the way.

For the last 12 years, the DFI has been supporting TV dramas and TV documentaries on commercial channels and platforms through its Public Support Fund; the NFI supports development and top-up financing of TV series, and the Icelandic Film Centre’s special fund for TV Fiction, “has doubled in 2021,” according to Guðjónsdóttir who praised the efficient Icelandic support system, which, combined with the 25% reimbursement scheme, has led to ‘real growth’ in the sector.

Saarinen explained that the Finnish Film Foundation ceased to support production of TV series two years ago, as grants were too slim to really make a difference, and were instead diverted to development. “We see this as a better way to strengthen producers,” he said, hoping at the same time that more funds will be available to support TV series in the production stage.

Ladegaard argued as well that the DFI's support to TV drama could perhaps move away from comedies and crime -genres that not necessarily need so much public support today- into “big series with cultural value like A Fortunate Man, commissioned as a film and TV series”, able to tap into extra public funding.

He said the entire state-supported system with silos between departments remains too conservative, “restricted to ‘boxes". Looking ahead, Ladegaard said he could envisage a one stop shop system, whereby creators could apply for support, regardless of the format or genre.

Digging deeper into the pressure on the commissioning side, due to the booming demand for local content, the head of the DFI said his institute has to improve its decision-making process. “If Thomas Vinterberg says to a big streamer give me a €10m and I’ll do a big series, he will get their decision in 24h, whereas it takes months for us to do that…We need to be faster,” he said, an argument shared by his colleagues. 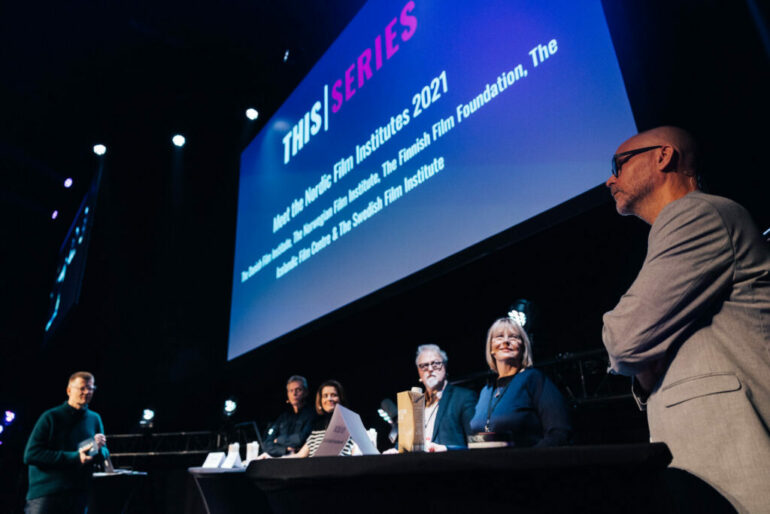 Finally, asked by Reinicke what urgent message they would like to send politicians, Ladegaard, Mo, Saarinen said a levy on streaming services is quintessential to strengthen the production sector.

The head of the Finnish Film Foundation also hopes for a stronger state support to culture as a whole, while Guðjónsdóttir said she would like to see a “shake up” of her current organisation, to safeguard creators, IP, Icelandic language and identity.

Mattsson for his part, said he would like the SFI to be able to open its support to TV series and games, and act like a media institute.