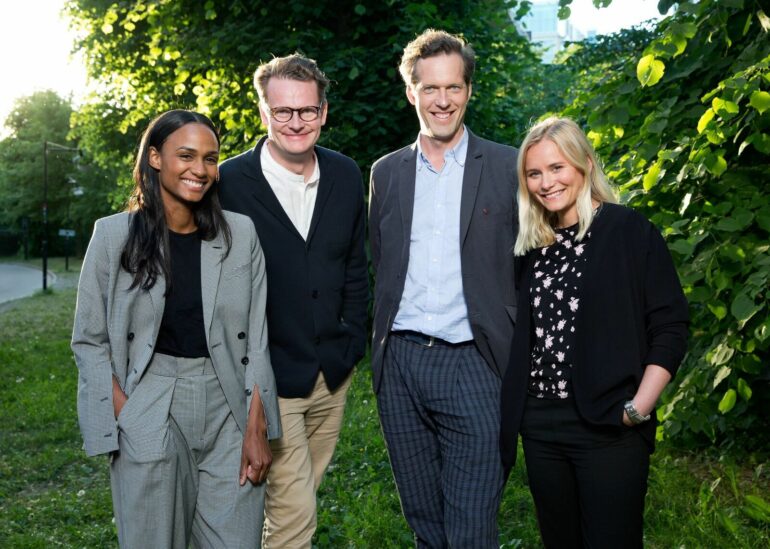 The series written and directed by Håkan Lindhé (Modus) for Fundament Film, is described as a cross between House of Cards and Empire. DRG handles world distribution.

The 8x45’ show The Inner Circle (Den inre cirkeln) is loosely based on the book ‘I maktens öga’ (‘In the eye of power) by Per Schlingmann, a well-known Swedish political strategist, former Party Secretary for the Moderate Party and Secretary of State for the former Prime Minister Fredrik Reinfeldt.

It’s the story of a group of people operating in or around the absolute heart of political power, set during a few hot summer days in Almedalen, Gotland - the annual political gathering in Sweden early July - where everything comes to a head.

Niklas Engdahl (The Bonus Family) plays David Ehrling, the Minister for Enterprise, the ‘golden boy’ of politics who will stop at nothing to become Prime Minister, and Nanna Blondell (Hassel, Real Humans) is Lena Nilsdotter is his sharp press secretary. In another major role is Ebba Hultkvist Stragne (Skärgårdsdoktorn).

Fredrik Ljungberg, Director of Programmes at Viaplay said: "We are extremely proud to create a new sharp drama with Per Schlingmann who has a unique insight into a world that we all want to know more about. This will be a Swedish mix of House of Cards and Empire, a strong character-driven drama about political life behind the façade.”

Per Schlingmann said he is looking forward to the screen adaptation of his political novel. “From the reactions to the book, I have noticed that there is a great interest about what’s going on behind the polished political spectrum. Also, we couldn’t ask for better conditions as filming is scheduled to take place at Almedalen during election time.”

Hammarén told nordicfilmandtvnews.com that a second season should follow, based on Per Schlingmann’s next book in the series, to be published August 22.