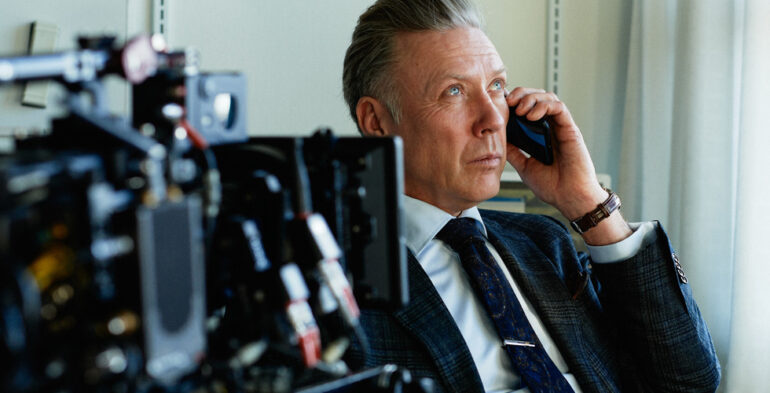 Thursday more elements were revealed by main commissioner Nent Group and international sales agent TrustNordisk, of the on-screen talent playing a group of Swedes, united against the Danes at The Kingdom hospital in Copenhagen.

According to the official statement, the skewed relationship between Denmark and Sweden which started in season 1&2, will reach new heights. The Swedes have formed the discussion group SA (Swedish Anonymous), in which they secretly meet in the dark cellars of The Kingdom to express their frustrations over the jovial and arrogant behaviour of the Danes. As things unfold, a revolt sprouts in the group.

Michael Persbrandt (In a Better World, Beck) is cast as chief physician Helmer Jr, son of the former legendary and notorious Danish-hating Swedish chief physician Stig Helmer, played in the earlier seasons by Ernst Hugo Järegård. Helmer Jr is also referred to as Halmer because - according to the press notes - the chief physician in charge, Pontopidan (Lars Mikkelsen) believes that half a Helmer equals one Halmer.

Tuva Novotny (Borg Vs McEnroe, Dag) is Anna, a physician overseeing her colleagues and making sure everything goes according to plan, Ida Engvoll (Love & Anarchy) is the hacker Kalle, and Asta August (The Pact) is a medical student. 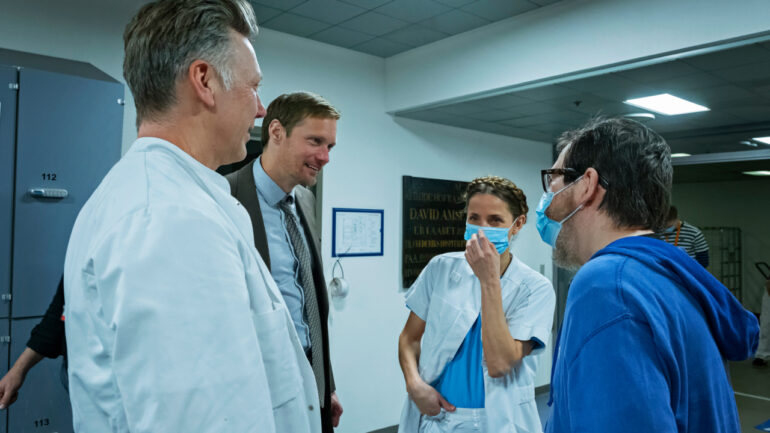 Making guest appearances are internationally-renowned Alexander Skarsgård (Big Little Lies) as an attorney at The Kingdom (a hint at a similar role played by Stellan Skarsgård in season 2), and David Dencik (Chernobyl), cast as Bosse, the leader of the Swedish Anonymous.

The five-part series The Kingdom Exodus is written by Trier with Niels Vørsel.

Zentropa’s Louise Vesth is producing for Nent Group’s streamer Viaplay, in co-production with DR, Film i Väst, Zentropa Sweden, Ginger Pictures in Belgium, with support among others from Nordisk Film & TV Fond.