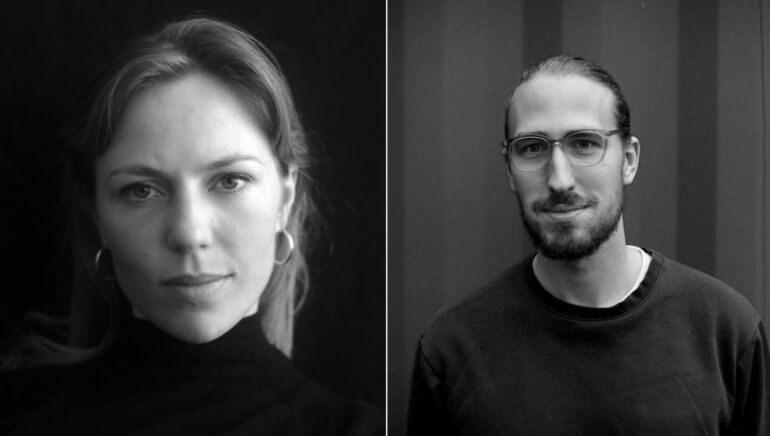 The two Swedish rising talents were each handed out SEK 400,000 in development support for their upcoming films during the Stockholm Festival’s Industry Days.

The Swedish Film Institute’s Wild Card is a fast-track initiative to help new Swedish voices get their first feature film or hybrid film off the ground straight after graduating from film school.

Helen Ahlsson, Moving Sweden Film Commissioner, in charge of Wild Card said: "It was wonderful yesterday to be able to reward Elsa and Sebastian. It’s extra important to give hope to film school graduates in this particular pandemic year. Both their graduation films are incredibly touching and have their own tone and their exciting new feature film ideas really tickled the jury's curiosity.”

The Wild Card selection jury was comprised of the Swedish Film Institute’s Film Commissioners for features, shorts and docs, together with the Talent Administrator.

Writer/director/editor Sebastian Johansson Micci just graduated from Göteborg’s Valand Academy of Art and Design with the film The Drowning Goat. He received the SFI Wild Card development support for his feature project The Earwig, recently selected as well at Nordic Talents.

The high concept film The Earwig (Tvestjärten) centres on the famous artist Timbo Landin and his adult daughter Shanna. One day during a live talk show Timbo gets confronted by the audience. He makes a fool of himself and gets transformed into a human-sized earwig. Shanna witnesses the scandal on TV, feels deeply ashamed of her father and tries to distance herself from him. Their relationship is pushed to the edge during a hot summer on southern Gotland.

The jury said: “This surrealist drama deals with the theme of how the group's morality becomes decisive for the individual's existence. The jury looks forward to following the development of the director's very striking and emotional tone, in a story about perhaps man's most primal fear: not belonging.”

Her feature project The Volcano Lover (Vulkanälskaren) recipient of the Wild Card support, is a love story which starts in a small village in Sweden in the 19th century and ends in modern-day Berlin. The jury said: “By portraying a love story that stretches from 19th century Sweden to contemporary Berlin, the film wants to explore how two times are connected - how the present is bound to the past. The jury looks forward to the development of a film where the director wants to shed light on loneliness versus the need for togetherness, and how our existence is linked to the past.”