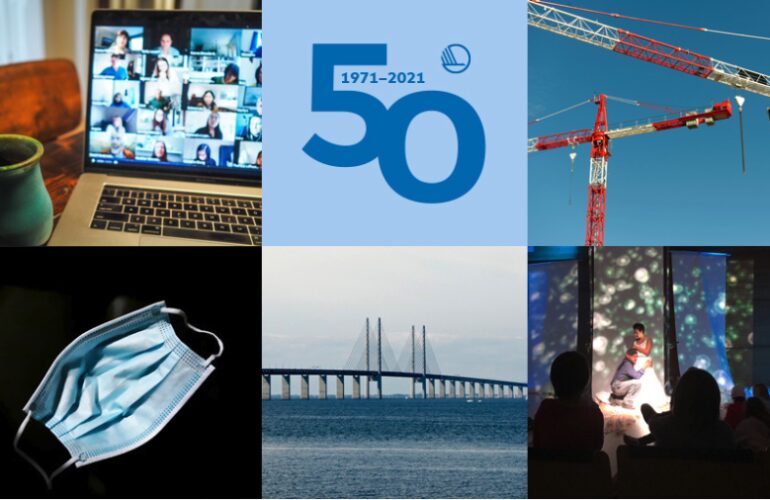 The 50-year-old institution, fêted today on Nordic Day, has unveiled its cultural programme for 2021-2024, with film & TV remaining a top priority via Nordisk Film & TV Fond.

In 1971, culture was already a cornerstone for Nordic cooperation for the newly created official body for inter-governmental co-operation in the Nordic Region.

Half a century later, culture and arts remain quintessential for the Nordic Council of Ministers (NCM), including film & TV drama through Nordisk Film & TV Fond, which NCM co-founded 31 years ago.

Speaking to nordicfilmandtvnews.com, Harald Botha, NCM’s Head of Department-Culture & Resources, emphasised the central role played by the Fund in the promotion of the Nordic brand and culture - and film and TV’s clear contribution to the NCM’s ‘Vision 2030’ for a green, competitive and socially sustainable region.

“For the Nordic Council of Ministers, it is very important to support the production and distribution of high-quality film and TV dramas through Nordisk Film & TV Fond,” said Botha.

“The production and distribution of film and TV dramas across the Nordic countries contributes to the Nordic Council of Ministers' vision which is the Nordic region being the most integrated region in the world. For many, film and TV are an important key to get an insight into our neighbouring countries and learn about their societies, culture and not least the Nordic languages. In the recent report “Har Norden et språkfellesskap” (“Does the Nordic region have a language community”), one finding is 90% of the respondents saying that cultural products such as film increases their interest in other languages,” said Botha.

Although the NCM budget for culture was reduced by approximately 20% over the full period of 2021-2024, Botha emphasised NCM’s commitment to the audiovisual sector. “Even though the cultural budget is being reduced these years, we strongly believe that the cultural sector, including film and TV, will contribute to - and be - a very important tool for the Nordic Council of Ministers in the coming years,” he said.

Liselott Forsman CEO of Nordisk Film & TV Fond commented: "Even before my work at the Fund, I have talked on many international film and series stages about how the Nordic collaboration started with the political collaboration in 1952 when the Nordic Council was founded and how it was strongly developed in 1971 when NCM came to be. Here lie important roots to the strong Nordic audiovisual industry and our co-produced content that brings work and joy to so many in our region and makes an impact outside it too. With a growing number of international co-productions, the Nordic region is today looked upon as the model for crossing artistic and financial borders. The Fund truly wants to congratulate NCR for playing such a vital part in enabling it all. Despite the recent culture savings within NCM, the support to Nordic productions through our Fund could be kept intact in 2021."

Botha also addressed how NCM is working to mitigate the impact of Covid-19 on cultural activities, and underlined that “different supporting tools are being carried out on a national level in all the Nordic countries." "Within the Nordic Council of Ministers, the Ministers of Culture have commissioned two reports on the pandemic’s consequences on culture and media. These reports can be expected in April,” he said.

Nordisk Film & TV Fond’s own report “Nordic Mission Possible-An Assessment of Covid-19’s Impact on the Nordic Audiovisual Industry and the Effectiveness of Government and Industry Measures” commissioned to BI Centre for Creative Industries (BI:CCI) was recently published and you can download a copy: CLICK HERE.

Meanwhile the NCM for Culture has just issued its overall strategy programme 2021-2024, overseen by Annika Saarikko, Finland’s Minister of Science and Culture and chair of the Nordic Council of Ministers for Culture 2021, under Finland’s presidency. 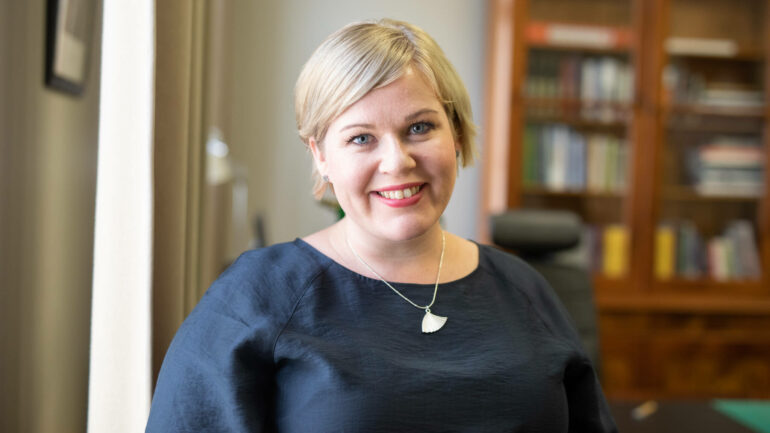 The strategic paper “art et culture - the driving force for sustainable development in the Nordic region” for 2021-2024 (full paper in Swedish: CLICK HERE) published a few days ago, will prioritise three areas:

Furthermore, freedom of expression and equal opportunities will be top priorities, while cooperation based on the arm’s length principle, will “always integrate a children’s rights and young people’s perspectives, gender equality and sustainable development,” said the NCM for Culture.

These various topics will be debated today March 23, Nordic Day, with other burning issues, such as the impact of the pandemic on Nordic citizens, the value of culture in times of crisis, how to make the Nordics a safer place online.

To see the full programme of the NCM’s 50th anniversary celebration, CLICK HERE.