Exclusive: Organisers are confident that half the usual 300+ participants will be able to attend in-person and calling for Nordic filmmakers/producers to submit their projects by June 11.

This year’s 28th New Nordic Films market in Haugesund unspooling August 24-27, parallel to the Norwegian International Film Festival (August 21-27), will be held both on-site and online, for the second consecutive year, due to the Covid-19 pandemic.

“As the Covid-19 situation now seems to be under control in Norway, the health authorities have initiated a gradual opening of the society and lifting of the travel restrictions,” said the market’s managing director Gyda Velvin Myklebust. “We expect to do a hybrid market where around half of the participants will take part on-site and around half online. We will follow the national travel advices, and if you are cleared to enter Norway, you will also be cleared to take part in our festival. We will follow all the national advices and regulations on how to take necessary precaution to handle the Covid-19 situations,” she told nordicfilmandtvnews.com.

Although New Nordic Films is more than two months away, Myklebust has already received strong interest to attend from several industry people - notably from France, Germany, Poland and the Nordics. “So far, we’re not sure how the situation will be for participants from North America and other distant destinations, but we’re confident that many professionals from the Nordics and Europe will be able to attend. People are eager to meet again face to face and start working as in the normal ‘old’ days,” added Myklebust.

Last year only around 20% of the usual strong international contingent of producers, distributors, festival programmers and organisations, were able to travel to the picturesque Norwegian seaside-town of Haugesund.

New Nordic Films is an essential networking and pitching platform for Nordic feature projects and documentaries looking for co-producers, co-financing, distribution and sales.

“We’ve had an excellent feedback from last year’s hybrid online and on-site pitching sessions. The presentations were well-prepared in advance by producers and filmmakers, therefore this year, we will keep the formula of a mixed stage presentation and recorded pitches,” said Myklebust who has already received a few strong submissions. “Many projects were postponed due to the pandemic and people had more time to fine-tune the development phase. I believe we will have a very strong year,” asserted Myklebust.

THE INNOCENTS-HAUGESUND FEST OPENER
Meanwhile the Norwegian International Film Festival has just announced today that its 49th edition will open August 22 with Eskil Vogt’s sophomore film The Innocents, which will screen in Haugesund straight after its world premiere at the Cannes’s Un Certain Regard sidebar. Vogt will walk the red carpet with his ensemble cast, together with Mer Film’s production team, including producer Maria Ekerhovd. 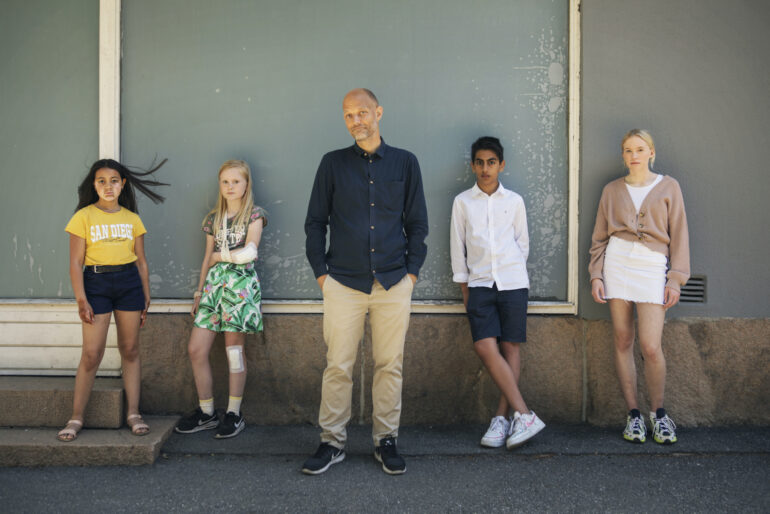 Tonje Hardersen, director of the Norwegian Film festival said: "We are very excited to open the festival with The Innocents! Eskil Vogt has made a fantastic film, which with its intelligent nuances of social realism, marvellous performances from both children and adults, together with haunting direction, keeps you at the edge of your seat throughout the film. This is definitely not a film for the faint-hearted, but a powerful story that will stay with the audience."