The Icelandic director speaks to us about his third feature film, set to world premiere at Toronto’s World Contemporary Cinema.

I wanted to make a film about an individual who stands up to change society.

Four years after his breakthrough feature Rams, Hákonarson goes back to a small rural community in Iceland, but with a more politically-charged central story, reflecting a wider reality.

The tone still oscillates between drama and comedy. Inga runs a deeply indebted dairy farm in a remote valley in Northern Iceland. After a tragic loss, she decides to rise up against the corrupt local co-operative, but encounters great resistance. She uses her resourcefulness and determination to break free of the co-op’s grasp to finally live the life she wants.

The County was produced by Grímar Jónsson of Netop Films, in co-production with Denmark’s Profile Pictures, France’s Haut et Court and Germany’s One Two Films. New Europe Film Sales has closed pre-sales with more than 30 territories.

The film opened in Iceland August 14 via Sena and garnered good reviews and strong reactions from the audience.

First of all, how hard was it to make The County, after Rams that was a huge BO and critical success in 2015?
Grímur Hákonarson: There was indeed a lot of expectation and many people stressed the fact that both films depict rural Iceland. But The County is a political drama, whereas Rams dealt with the relationships between two brothers and between men and sheep.

Is the film based on a specific story that you knew about?
GH: In the 19th century there used to be a strong farming co-operative movement in Iceland that was set up by farmers to get higher wages for their products, but it collapsed in the 1990s. The film is set in the north-west region of Iceland where you can find the last big co-operative that has survived.

I wanted to make a film about an individual who stands up to change society. Then I had the idea of Inga, a strong woman, working in a modern farm, fighting a patriarchal society. In real life, I know a woman very similar to Inga. An outspoken and hard-worker farmer who drives the tractor and does a bit of everything. I was inspired by her.

I’m also personally very close to rural life; both my parents were from the countryside and I spent a lot of time on my grandfather’s farm. I enjoy filming down-to-earth people leading simple lives in small rural communities.

For The County, did you have Arndís Hrönn Egilsdóttir in mind when writing the script? How did she train for the role of Inga?
GH: I’ve been a big fan of hers for a long time. Her background is mostly in theatre. Also, I wanted an actress who would be believable as a dairy farmer and she had both the perfect inner and external strengths that was required for the part. We first met two years before shooting. She spent two weeks on a dairy farm, learning how to drive a tractor, to do all the physical labour. She spent time with a woman who is a kind of Inga - she lives alone, in her farm and is very opinionated.

Although Inga works in a male-dominated environment, she is not afraid to speak out against the established order and corruption. She seems to personify as well modernity vs tradition…
GH: Her husband is part of the system, conservative and sticking to tradition. She does represent the new order, open society. In Iceland, after the economic collapse in 2008, people wanted to create a ‘New Iceland’ separated from the 'old' Iceland. Inga represents the ‘new Iceland’. Also, The County shows a modernised farming environment. The music amplifies this element, with electronic music and use of sounds from robotic milking machines. With Rams that is rooted in traditional farming, the music was more romantic, showing farmers from a nostalgic point of view.

The co-op and its supporters want to live in autarky, without any interaction from Reykjavik, let along foreign cooperation. They fear external interaction. This also reflects a reality in many parts of Europe…
GH: Yes, the co-op and its members don’t want to rely on anyone else but themselves. You can see this as a take on isolationism.

Can you tell us about your visual choices, the pace, light and camera work?
GH: I use wide long shots, static frames. The tempo is slow, but it’s a plot-driven story. I concentrate on few characters. The County is perhaps a bit darker in tones than Rams, but then it turns to brighter colours to reflect Inga’s inner life.

What’s next?
GH: I have many ideas but one thing is sure: my next film will be set in a city! I’m also working on an English-language project right now. It’s nice to have options.

These are exciting times for Iceland cinema…
GH: Yes. We produce very few films, but a couple of them manage to break through internationally. It has been like that for six years. I can sense that when I go to festivals, when a film is from Iceland, the cinemas tend to be packed. We’ve won the Nordic Council Film Prize three times in the last 5 years. It’s been a fantastic ride for all of us. 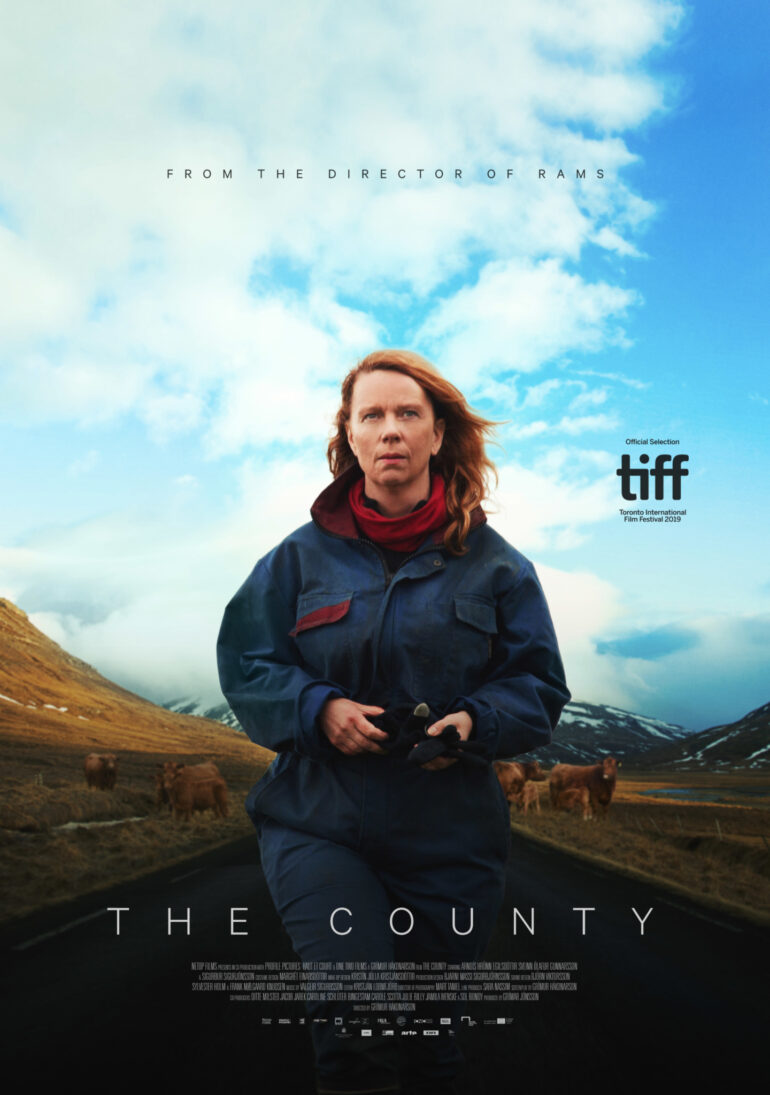