We have selected four rising talents among the 16 film graduates who pitched a project at last week’s Nordic Talents showcase at the National Film School of Denmark. 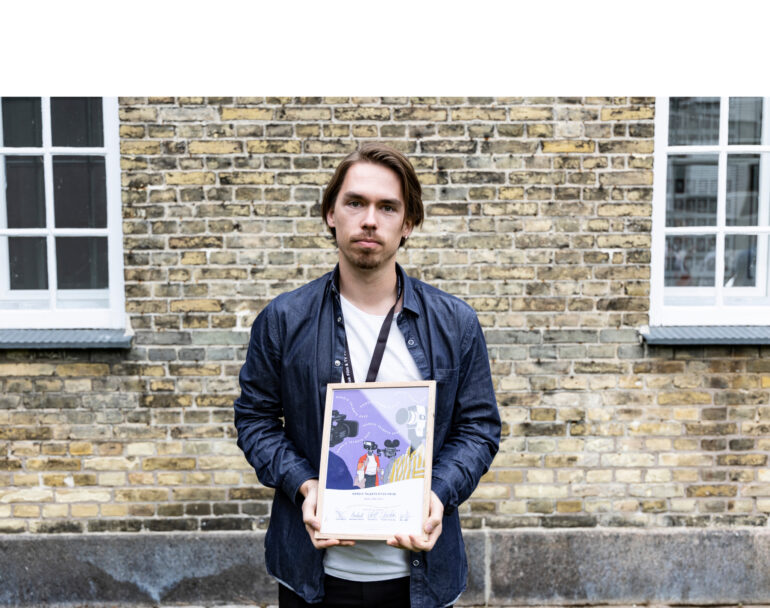 Helsinki-based Jesse Jalonen’s initial dream was to become a magician, but then…”you would have to perform in front of people, which I didn’t feel so comfortable about as a child”, he told nordicfilmandtvnews.com. Aged 10-11, he discovered film and being a director became his next biggest dream. He first enrolled at a four-year film programme at Tampere University of Applied Arts, then did a B.A. in cinematography, followed by an MA in film directing at ELO Film School.

After a couple of short films which he wrote and directed such as Pauli (2014) and Falling Snow (2019), his graduation film Nobody Meets Your Eyes shot on an old Nokia phone, immediately propelled him on the international film stage. The film world premiered at this year’s Rotterdam International Film Festival and won the Días de Cine Best Film Award at Filmadrid Festival in June.

As a cinematographer, Jalonen has worked on approximately 20 films or installation pieces since 2011, including Tia Kouvo’s award-winning short Mummola. He is currently developing a series with two colleagues and preparing a new short film.

Vision: I let myself be inspired by the here and now, flirting between fiction and non-fiction and taking inspiration from real-life individuals to create fiction characters.

Graduation film: Nobody Meets Your Eyes (fiction)
All around us, lives a group of ‘invisibles’, - people who are only perceivable via a camera. We meet two of them: Tuomas is a single parent to his daughter, who is the only person in the world seeing him normally; Ninni is a young woman in an emerging online relationship, meeting her crush for the first time “in real life”. In combination with these parallel stories, the film uses street footage and testimonies from other ‘invisibles’ to reflect on questions of loneliness, visibility and perception. Our world is exposed as one where the prosaic and the poetic, the factual and the imaginary, live together. To see trailer CLICK HERE.

Project Pitched: Exchange and Return (fiction)
In the deadpan comedy drama, authenticity becomes questionable when people can change their whole life by stepping out of their shoes and picking up another pair on the street. “We all have more dreams and ambitions than what one lifetime has to offer”, said the director who plans to use magic realism and five parallel stories. 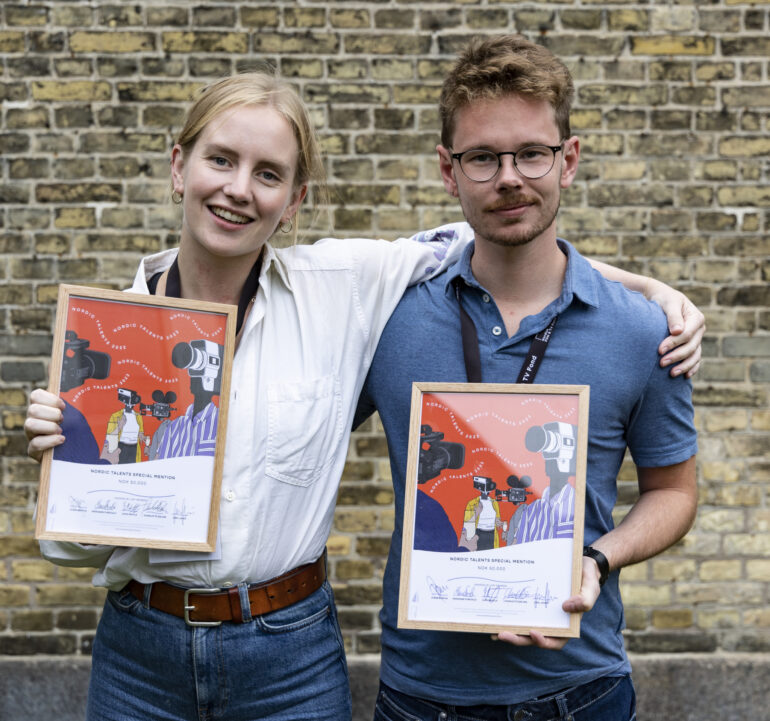 Håkon Anton Olavsen (Norway)
“Even before kindergarten, I started having an obsession for film. I would watch Disney movies over and over again, to the point where my parents would have to set a limit-to three movies a day!” said the 29-year-old Olavsen, born and raised in Oslo.

Olavsen has directed seven short films, including his graduation film Superdupermegagigasingle. He also served as second A.D. on the series Witch Hunt and Wisting.

Vision: I want to tell engaging, relatable stories about real people, that are important but also a bit funny!

Sunniva Kviteberg (Norway)
Tromsø-bon Kviteberg (27) developed a taste for comedy at an early age, while writing and directing comedy shows at school. She attended a scriptwriting course at Westerdal’s Oslo ACT before joining the Norwegian Film School in Lillehammer.

Inspirations: Phoebe Waller-Bridge, for her ability to combine humour and tough subjects.

Vision: “Phoebe Waller-Bridge says she wants to disarm the audience with humour then punch them in the guts with a serious topic. This is exactly what I want to do!”

Joint Graduation film: Superdupermegagigasingle (fiction)
Vebjørn (29) has never had a girlfriend. He works as a mascot and ski instructor at a skiing resort. One day he crashes into the ski tourist, Polina, ruining her holiday. While he tries to make up for the accident, an unexpected chemistry between the two arises. But Vebjørn’s anxiety around girls soon catches up with him, as he struggles to get over the idea that no one can like him in a romantic way. To see the trailer CLICK HERE.

Joint Project Pitched: Titanic Club (fiction)
The romantic drama comedy, will expand the universe and characters of Kviteberg and Olavsen’s graduation film, although unlike Superdupermegagigasingle, which is set in a Norwegian ski resort, Titanic Club will be set in a warm country, in an all-inclusive resort. The project will focus on Vebjørn and Oona, their fight to overcome barriers within themselves, in order to give in to each other. It’s a tender and ridiculous story about longing, fear, falling behind, and falling in love.

Titanic Club will be produced by seasoned producer Thomas Robsahm (The Worst Person in the World) and Tøri Gjendal.

Other project pitched by Sunniva Kviteberg: Lame (TV series)
In the dramedy, Janelle gets the kick from everything related to bodies, intimacy, and sex. But taking on the job as a personal assistant for Ragnhild, an outspoken body activist in a wheelchair, forces Janelle to face her own inhibitions. Miso Film Norway is attached as producer. 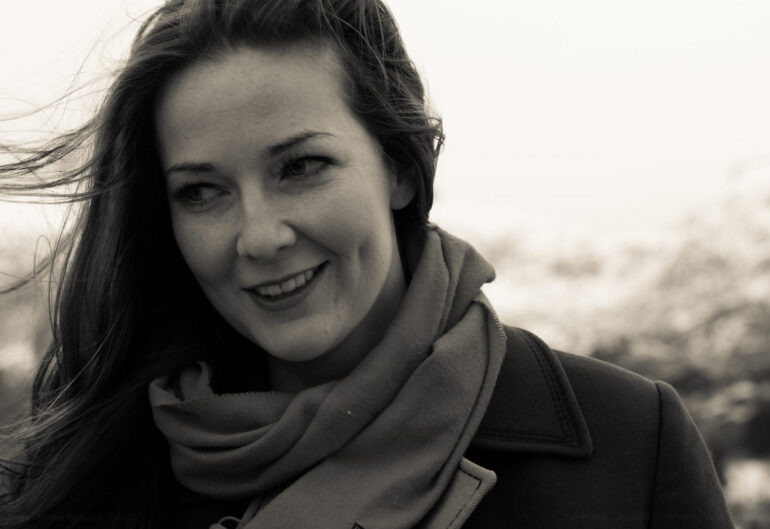 Lisa Enes was born in Kristiansand in 1988. She first did a B.A. in Film Science from the Norwegian University of Science and technology, went on studying directing at Nordland School of Art and Film in Lofoten, before enrolling at the Norwegian Film School in Lillehammer.

She has directed several music videos and short films, such as Øyet I det øyet (2018) which competed at Grimstad and Uppsala short film festivals. She has also directed Psyken vår, a webseries about youth mental health.

Her part-time job as a hospital porter was an inspiration for her graduation film and first feature length project, pitched at Nordic Talents 2022.

Vision: I’m interested in depicting the hierarchies in society and giving a voice to working class people, under-represented on screen.

Graduation film: Porter (fiction film)
Mai Linn works as a porter at one of the biggest hospitals in Oslo. Due to extreme shyness, her colleagues hardly notice her and take her for granted. She feels that she is standing still, a bit like moss. But inside her, there is a rich inner life and a great dream of being seen, heard and a desire to connect with people. The day we meet her, she has brought a present for a terminally-ill patient she has become well acquainted with. On her way to visit the patient, Mai Linn discovers she has passed away during the night. Her friend’s passing makes Mai Linn slowly realize that it is time for her to stop tiptoeing in her own life, and finally take a leap.

Project pitched: Porter (TV series of 8X20’)
In everyday life we meet people who are invisible to us, like extras in our lives. Porter is an anthology series about a strange mix of people who do an important job no one notices.