The winner of the Nordisk Film & TV Fond Prize for outstanding writing of a Nordic drama series will be announced February 1st during Göteborg’s TV Drama Vision conference.

A graduate from the National Film School of Denmark, Heeno is credited for over 20 Danish productions, including the series Rita, Splitting Up Together and Snow Angels.

The eight-part series - Carmen Curlers - is freely inspired by the real trailblazing Danish electric hair curlers invention which changed women’s looks and place in Danish society before conquering the world in the 1960s. The series spans over three seasons, covering 1963 to 1969, when the successful story of the Danish electric curler abruptly came to a halt when the creator Axel sold it to Clairol in the US.

Season 1 focuses on the launch of the Carmen Curler adventure and the promising partnership between Axel and Birthe, a farmer’s wife who becomes his close collaborator. 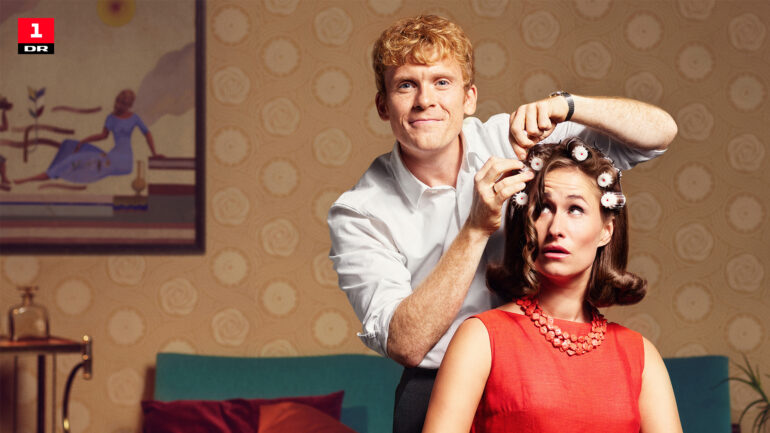 What does it mean for you to be nominated for the Nordisk Film & TV Fond Prize?
Mette Heeno: This award is exceptional since it is one of the few awards that actually honour the craft of screenwriting and storytelling. I'm very proud of the nomination and I really hope it can give some extra attention to our show.

How and why did you get into screenwriting?
MH: I have been writing all my life. When I was young it was short stories and poetry. I actually thought I was going to be a novelist someday. But when I was 22 I discovered film school and applied. I didn’t know anything about telling stories for the screen but I instantly loved it. It’s the perfect way for me to express myself.

What aspects of TV drama writing do you find most challenging but also most enjoyable?
MH: To me the phase of research is the most challenging part of writing. I am very restless and I really don't have the temperament to read and research for months. I don't find it enjoyable at all. But once I start working with the material and channelise it into dialogue and characters, it’s the most rewarding thing ever! It makes me able to create a world that’s believable and true.

How and when did you get involved in Carmen Curlers? I believe you’ve been carrying this story for 10 years…
Mette Heeno: Yes. It was actually director Kathrine Windfeld [she passed away in 2015] who first came up with the idea 10 years ago with the intention to make a feature film and I then came on board as scriptwriter. I knew nothing about the Carmen Curlers, and certainly didn’t know that it was a Danish invention. But I loved the initial idea, and the real-life story of Arne Bybjerg, a man with big dreams whom everyone thought was crazy. After doing research, I realised it could be a much bigger story, about women entering the workforce and being liberated in the 1960s, a time of major social changes and economic boom. So we decided to make it as a TV series.

During your research phase, did you meet people closely associated to Arne Bybjerg and the Carmen Curlers, including former factory workers? What did you find most interesting about their depiction of the time?
MH: My writing team and I met with around 20-25 people who were somehow involved in Carmen Curlers in the sixties and seventies. Both former engineers, female factory workers and people from the management. They all told very colorful and exciting stories about their time at Carmen Curlers. They had various perceptions of Arne Bybjerg but they all talked about the factory as if they had the best time of their life. They somehow seem to forget all the hard and boring work they did for years producing and assembling the curlers. But maybe that's just how memory works. We focus on the good memories and forget about all the rainy days. 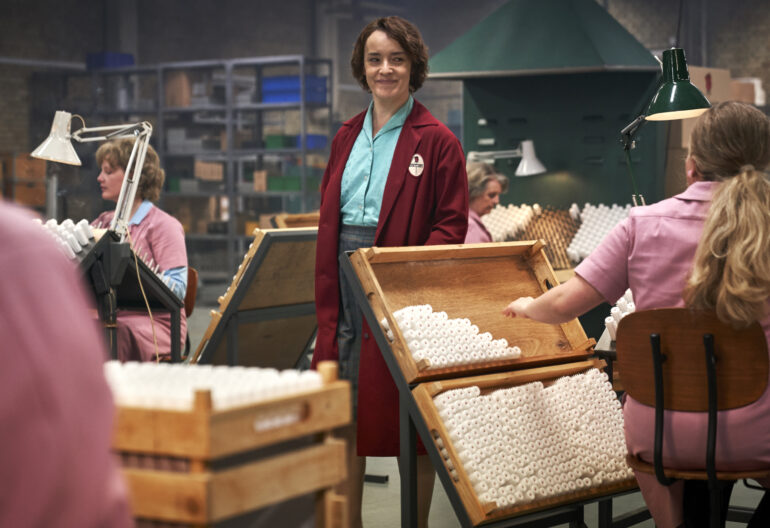 Birthe is inspired by a lot of the women from the farms who entered the workforce in the sixties for the first time. I wanted her to be the opposite of Axel so we made her a gritty, grounded and no bullshit kind of lady. Together they make the perfect odd couple. 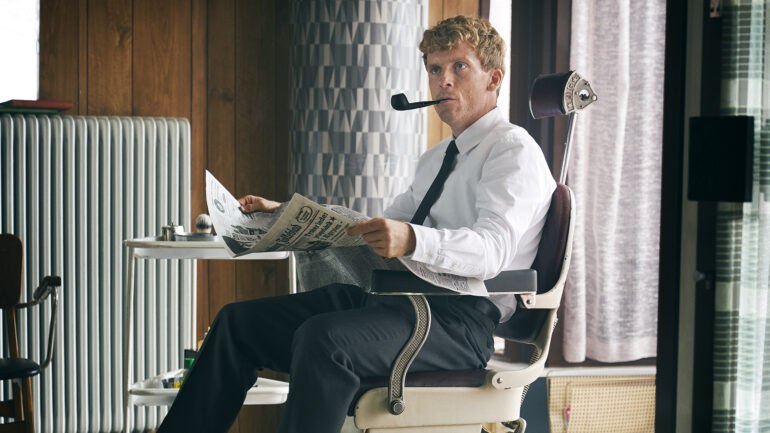 We're definitely time-travelling to the swinging sixties with Carmen Curlers. Could you detail how you set the tone, which is uplifting and joyful-full of colours, light and even dance!
MH: We wanted the tone of the show to reflect the character traits of the founder of the factory Axel Byvang who is restless, powerful, dreamy, energetic and unpredictable. Words you can also use to describe the sixties. So with that in mind, we decided on various form grips for the show; voice over, split-screen, hand-held camera, 8MM and choreographed dance sequences. It was very important to make the look of the show modern and edgy, even though it’s a period piece.

At what stage did Natasha Arty board the project and what was her input?
MH: Natasha started about a year after the writing process began. She is a very vivid and playful director with a ton of great visual ideas. She came up with the dance sequences which I think is a brilliant and poetic way to give the scenes both energy and emotions.

How was your collaboration with Stinna Lassen and DR Drama?
MH: Stinna and I have had a very respectful, fun and loyal collaboration. I really enjoy working with her. We share a lot of visions and we have the same taste. If you don't share the same taste with your producer, doing a show together will be an extremely painful process! DR has given us a lot of creative freedom and a very early greenlight for three seasons which I have never experienced before.

Where are you in the writing of Carmen Curlers' follow up seasons?
MH: Right now I am in editing with the first four episodes of season 2 - while polishing the last three shooting drafts. We will start shooting that block mid-February.

Could you cite 2 of the best shows you've watched in 2022?
MH: I really loved Adam Kay’s This is Going to Hurt. It was so heart-breaking, funny and original. I am also a huge fan of Mike White and his masterpiece The White Lotus. The characters, tone and dialogue are just mind-blowing.