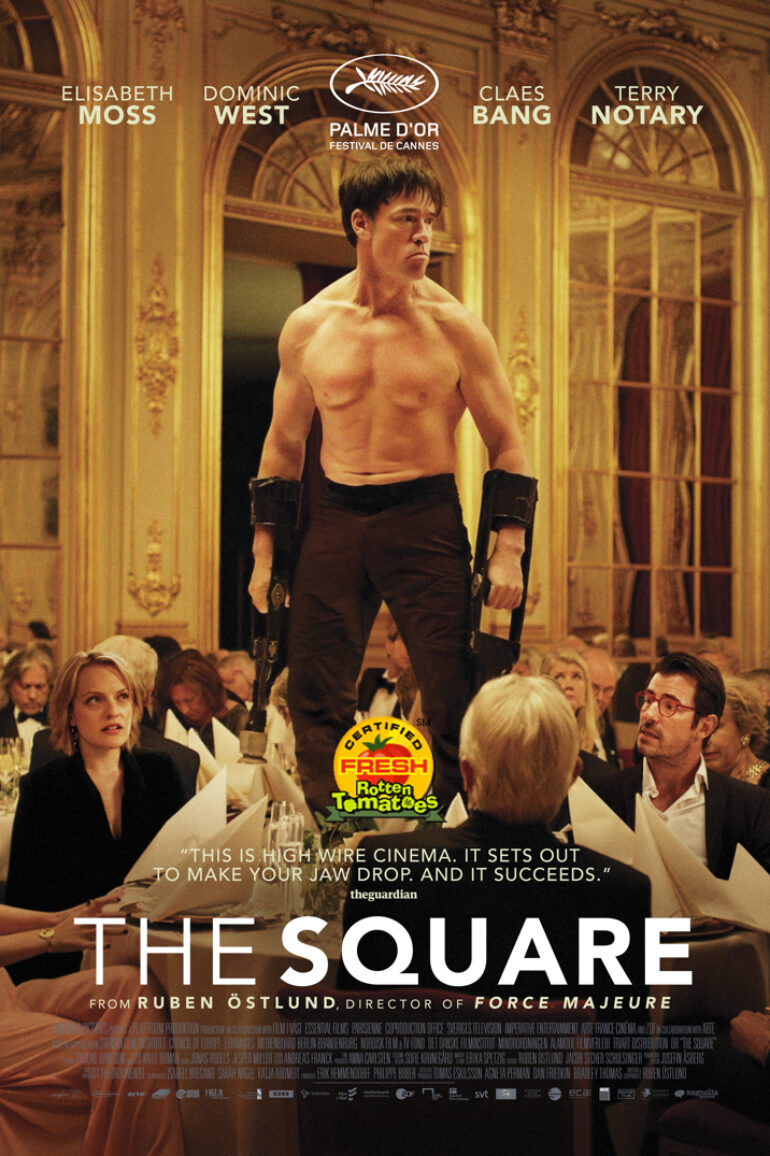 Östlund’s Palme d’or winning film is already a resounding BO success in the 14 international territories where it has opened so far, especially in the US, France, Germany and Poland.

Despite a 2.5 hour length, the satire set in the art world has crossed over to younger crowds outside the core adult audience, thanks notably to its programming in a mix of arthouse venues and multiplexes - even in smaller territories -, excellent word of mouth and critical applaud, according to Philippe Bober, co-producer and managing director of sales outfit The Coproduction Office.

US Opening
In the US, where Magnolia Pictures is working on The Square’s pre-Oscar campaign, the film had the best opening of all speciality films last weekend and one of the strongest openings for a foreign language film in 2017 with $76,000, for a $19,000 screen average. The film out-performed Force Majeure’s opening in 2014 which posted $23,309 from two screens, averaging $11,655. The cumulative gross was $1,359,497.

Only the 2013 winner Blue is the Warmest Colour by Abdellatif Kechiche out-performed The Square’s opening with $100,316 from 4 screens ($25,079 average) and ended its career at $2.1 million. Cowal said Magnolia is now doing ‘an aggressive’ Academy film awards campaign, together with the Swedish production company Plattform, with ads, screeners and special screenings.  Ruben Östlund and actress Elizabeth Moss have done a lot of press on the film’s behalf, and Claes Bang will be doing more awards press in the weeks to come, noted the US distributor.

Producer Erik Hemmendorff added: “We’re much better prepared than with Force Majeure and enjoying the collaboration with Magnolia Pictures. We’ve already won the most prestigious award of all, the Palme d’or; it’s just fun now to play with the idea that we could add an Oscar!”

Meanwhile in Sweden, the film is playing on 18 screens in its 10th week and has sold 150,650 tickets so far via TriArt; in Norway cumulated admissions are 17,257 after 5 weeks for Arthaus and in Iceland more than 2,100 people have seen the film released by Bió Paradís early September. Finnkino is launching the film in Finland on November 17 and Scanbox in Denmark on November 23.

The Square is nominated for the UK BIFA awards-Best International Independent Film, and for the European Film Awards as Best European Comedy.