One of France’s most established and longest-running TV drama events, the TV fiction festival will be back in La Rochelle, after an exceptional 2020 edition held in Paris due to Covid-19.

Forty-two series of which 11 from Europe, will be competing at this year’s 23rd edition, including Nent Group’s Swedish spy-thriller With One Eye Open (Max Anger) and NRK’s young adult hit show Rod Knock (Rådebank), both supported by Nordisk Film & TV Fond.

“We’ve received more than 80 submissions - across long-runners, TV movies, short series - which is 15% higher than in 2019, as in 2020 the European competition was cancelled,” said Carole Villevet, Head of the European Selection Committee.

Asked to comment on fiction trends, Villevet said that “the quality of the series is increasing year after year, and the gap between small and large countries is less significant.” She noticed “a kind of standardisation of TV dramas, notably in the bigger countries Germany, Italy, Spain, UK, while in the small countries such as Portugal, Ukraine, series are “more daring and original.”

Regarding genres, thrillers still dominate, as do societal dramas featuring strong women. On a country level, Villevet said “Russia is making a remarkable breakthrough, with daring series in both style and topic”, while the Scandinavian region remains “a home for diversity and creativity.”

For Villevet, the Norwegian show Rod Knock is “one of the most innovative “series of the competition, which brings “a breath of fresh air to a relatively dark selection.” 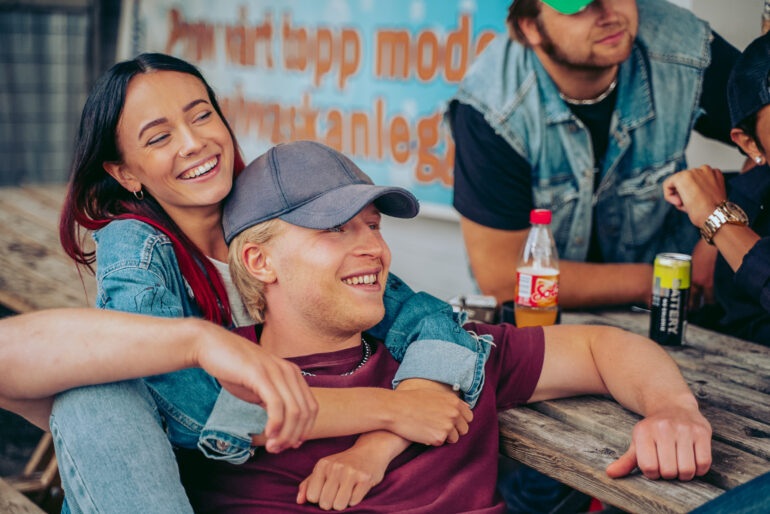 The 8x25’ show produced by Fenomen and Storyline for NRK, has been compared to SKAM in its ability to tackle tough issues - break ups, mental health, loss - with humanity and authenticity. Season 2 picked up 7 awards at the recent Norwegian Gullruten TV drama awards, including Best Screenplay for writer Linn-Jeanethe Kyed. A third season has been commissioned. Beta Film handles sales outside Denmark, Sweden, Norway and Finland.

Villevet described With One Eye Open as a “more classic but very effective TV drama, with an interesting dive into 1990s Russia.”

The show is based on Martin Österdahl’s book series about former spy Max Anger (Adam Lundgren) who embarks on a mission in Russia to find his missing girlfriend (Evin Ahmad). The Nice Drama production adapted by head-writer Mikael Newihl, was produced in association with the UK’s Twelve Town. The show premiered on Viaplay in June. REinvent handles sales.

The awards ceremony will be held September 18.

In 2019, the Finnish premium drama Invisible heroes was bestowed a Special Jury Prize in La Rochelle.