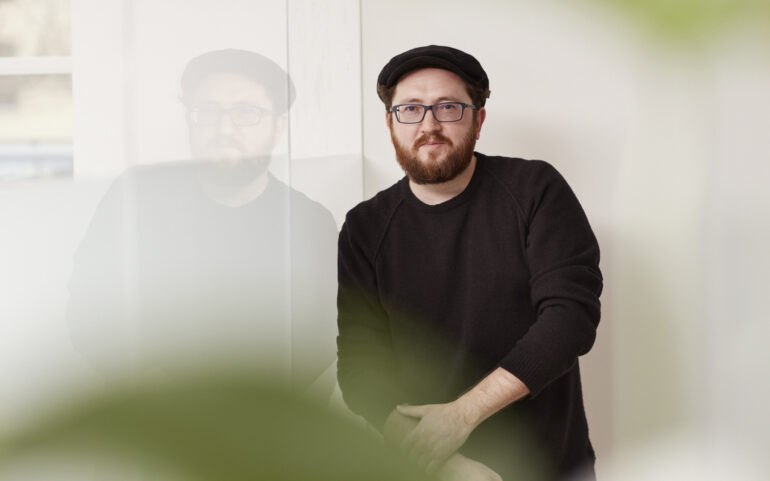 For the former journalist and musician, Torfinnur Jákupsson the journey started almost two decades ago, when as a 16 year-old, working in a fish factory in his Faroese hometown, he started thinking…what if Jógvan Isaksen’s crime novels would make it to the screens?

He tells us about never giving up, having thick skin, staying true to the soul of the original IP, and meeting key partners: REinvent Studios and Faroese producer Jón Hammer.

Kasper Barfoed and Davíd Óskar Ólafsson are directing, with Ulrich Thomsen top-lining the Nordic cast. The show produced for Nent-Group’s Viaplay is due to premiere in 2022.

Jákupsson will be speaking, alongside REinvent sales & marketing director Helene Aurø, finance controller Benedetta Sandri and producer Jón Hammer, about the financing and challenges of creating the 6-part crime show.

Tell us about your background. I’ve read that you initially worked in the City in London. How did you reinvent yourself as a writer/exec producer?
Torfinnur Jákupsson: I don’t think I’ve reinvented myself as such. I’ve always loved writing. So it feels more like pursuing what I always wanted to do. When I moved to London to study and subsequently work, I was still doing so within the creative media sector, and I’ve worked as a freelance journalist for about 10 years. I was about to turn 30 when I was working in Canary Wharf, and that was a turning point for me. I figured it might be my last chance to try and do something of an old teenage dream of mine, which was to create a Faroese TV series.

The national Faroese TV station [KvF] was established in the same year as I was born, and there’s never been a big drama series produced in the Faroes like the ones we know from the rest of the Nordic countries. And I never understood why. But I also knew it was going to require a lot, and it probably was never going to happen unless someone, who was willing to set everything else aside, made it happen. So that’s what I did. I moved back home and started writing on the very first draft of what would become TROM.

And there have been some funny moments along the way. Telling someone in the Faroes that you’re writing your own TV series… I don’t think people really took me that seriously to begin with, including friends and family. I was sort of used to that already as a musician, with people constantly questioning how one could make a living as a musician in the Faroes. But I’ve always taken those things as a challenge rather than discouragement. It’s a good baptism of fire, and I think it’s a good trait to have thick skin in this industry, where you can meet a lot of red lights, before you arrive at a green one.

How did you come up with the idea in the first place?
TJ: Originally, the idea came from chatting with a friend of mine on a coffee break, when we were working at the local fish factory in my hometown. I was 16. The fish factory overlooks the mountain top of Støðlafjall, where the first murder occurs in the first book by Faroese author Jógvan Isaksen about journalist Hannis Martinsson – whose stories I have grown up on. The books liven up our close-knit crime-free community by doing the unthinkable: bringing murder to the Faroes. We sort of lightly joked about how cool it would be to do a Faroese crime series based on those books. Then everyday life took over again.

Fast-forward to about 10 years later. I was studying in London, and that’s the first time I reached out to Jógvan about getting the rights to the books, and he was positive towards the idea. Many others had apparently previously tried to option and adapt the books but not succeeded. It took another 4-5 years, before I finally decided to delve into it full-time and to just sit down and write the script. After which, everything snowballed quite quickly.

What were the key meetings that made your idea suddenly turn into reality?
TJ: After I’d written the pilot script and a pitch deck for the series, I got help from friends in the Faroes to shoot a little 3-minute teaser video, briefly introducing some of the themes, characters and the overall tone. No matter how much I’d written, I knew visuals would help, especially because no one has really seen the Faroes on screen before.

With the written materials and a tablet in hand, I travelled in 2018 to several festivals and industry events in the UK, France and Germany and had several good meetings with big players, who all showed interest. Then I met with the REinvent Studios team in Copenhagen, who turned out to be the perfect Nordic partners, along with my local Faroese producer Jón Hammer. From then on, we quickly got going on developing the project further, and soon got picked for the Co-Pro Series Pitch at the Berlinale in 2019, which was another great stepping-stone for selling the show internationally.

What were the challenges of adapting Jogvan Isaksen’s book, and how did you collaborate with co-writer Donna Sharpe?
TJ: As with any adaptation, there are things you need to decide early on with regards to what elements you want to keep or not. For example, I needed to find a way of telling the story without voiceover, whereas we closely follow the thoughts of only our main character in the books. I also knew it was never going to be a literal adaptation, and so the most important thing for me was staying true to the ‘soul’ of the books, so to speak. I made this clear to Jógvan right away, who gave me complete creative freedom, which helped a lot.

For me, the story is as much as about the Faroes as a setting and community, as it is about the characters inhabiting it. That has played into the themes of the story we’re telling.

Working with Donna Sharpe as co-writer, as well as script editor Niels Fonseca, was a great collaborative process and not least helped clarify some of the things, which I might take for granted as Faroese. Getting that balance right between the foreign and Faroese perspectives was one of the cultural challenges we faced in telling the story, as we were three different nationalities in the writers’ room, just as most of the production cast and crew consisted of several different nationalities on set. 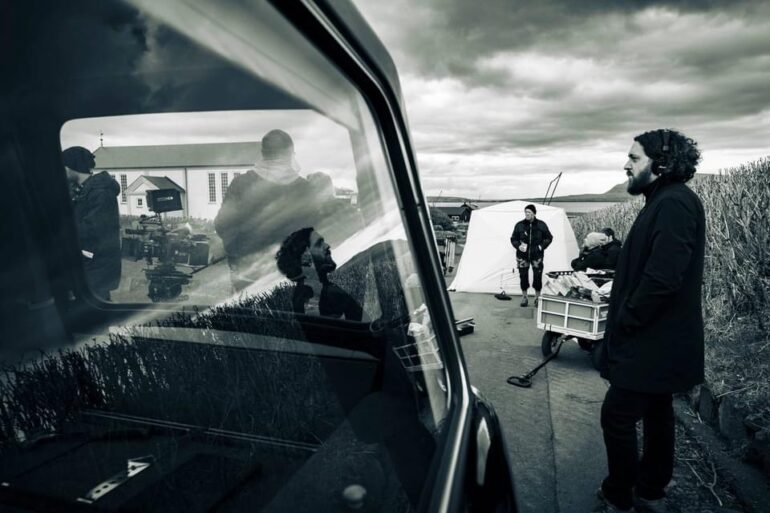 What can you unveil about the storyline, character-arch, core themes?
TJ: TROM is set at the edge of the world, with our main characters slowly being pushed to their limits as they try and seek redemption for old sins. It is a fictional version of the Faroes, although it does touch on topics that do play out in real life too – a social commentary, wrapped up in a crime story. It is a story about a small community under threat. It’s about family, loyalty and silence as a survival mechanism.

How was your collaboration with concept director Kasper Barfoed and with the main actor Ulrich Thomsen? Were you on set to fine tune the various episodes?
TJ:Working with Kasper as well as Icelandic director Davíð Óskar Ólafsson has been a great learning experience for me as a ‘first timer.’ Getting such great acclaimed actors as Ulrich Thomsen, Maria Rich and Olaf Johannessen on the project has also been a true honour. I’ve admired them all for years. Not to forget the rest of the cast and crew and everyone else behind the scenes, including the local Faroese communities, who all managed to move a mountain to make this series happen.

I was still fine-tuning the scripts, while we were shooting, but I managed to sneak a few days in here and there, to go on set and see the magic happen. It has been a journey I will never forget. And hopefully, it’s only the beginning of something much bigger.

Logistically how was it to set up such a major production on the Faroe Islands, and how did Covid impact the whole process?
TJ: Transporting in cast and crew and equipment from several different countries during a worldwide pandemic did present its own logistical challenges. In some cases, it prevented us from being able to get certain cast and crew to the Faroes, and so we had to turn to other options. But thankfully, none of the cast or crew in the Faroes got Covid during the shoot, all isolated together, so in that sense the Faroes were also the perfect location to shoot during these difficult times. This also meant people couldn’t travel home during our three-month filming period, which can be tough, but it also created a TROM family bond of its own and the experience of a lifetime.

What other projects are you working on?
TJ: I am working on a few other projects in development, based both in the Faroes and abroad, which I am soon going to shop around, but the details of those are yet to announced.

What tips would you give new writing talents?
TJ: Write what you’re afraid to write.