The awards ceremony of the 31st Nordisk Panorama Film Festival was broadcast live on Facebook yesterday from Malmö City Hall.

The Norwegian film The Painter and the Thief produced by Medieoperatørene, was among 14 films vying for the €11,000 Best Nordic Documentary Award. The jury said: “Depicting a complex relationship, this is a story about self-destructive fascination and the perversity in the romance, but also forgiveness. The structure told through impeccable editing, reveals the intricacies of the psychology of its two main characters. The filming process here is a part of the ambivalence of this relationship driven by the pleasure of being seen through someone else’s eyes. Raw and clear. This is pure cinema!”

The film had picked up earlier the Sundance Special Jury Award for Creative Storytelling and Haugesund’s Andreas Ecumenical Prize. It opened in Norway September 18.

The Finnish film Colombia in My Arms by Jenni Kivistö and Jussi Rastas, produced by Filmimaa with support from Nordisk Film & TV Fond, was awarded the €5,000 New Nordic Voice Award.

The Jury consisting of director Ida Persson Lännerberg (2019 winner-New Nordic Voice), Tapio Riihimäki (DocPoint executive director) and Tina í Dali Wagner (Head of the Faroese Film Institute) said:”This film brings us to many different places and emotions inside one country. It brings us among armed guerrillas in the jungle, it brings us to hallways of political decision-making and lobbying, it brings us to coca-plantations of poor peasants, and it brings us to the mansion of the member of the old privileged elite. It shows us how inequality between rich and poor people keeps on growing. And almost unnoticed, little by little, the film makes its statement clear and formulates theory of how the society works. Not only is this country in the focus of the film but in the world in general.”

The New Nordic Voice-Short Film was given to Nora Nivedita Tvedt’s Fucking Adopted from Norway.

Other award-winning films are the following:

Over 80 films were screened during the hybrid Nordisk Panorama Film Festival which continues until Sunday. 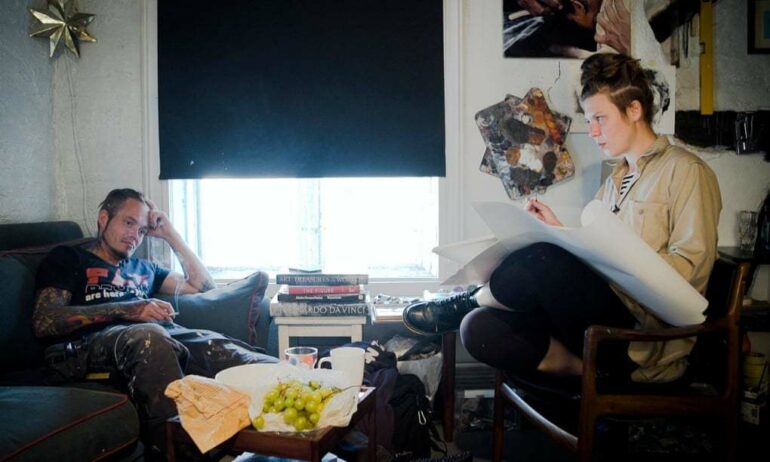 The Painter And The Thief / PHOTO: Medieoperatørene
×
NEWS

The Painter and the Thief grabs top award at Nordisk Panorama