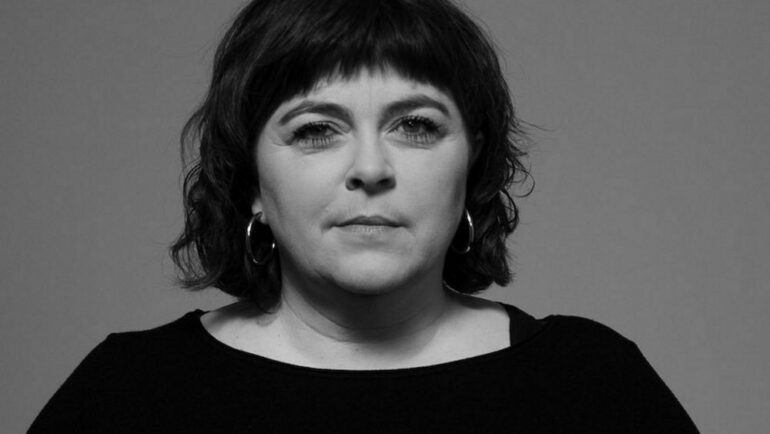 In our series of interview post-Nordisk Panorama Town Hall, Jónasdóttir discusses today’s challenges in the Icelandic documentary space and her wishes for the next decade.

Officially appointed Factual Commissioning Editor at RÚV in September, Jónasdóttir has a long experience as producer for Sagafilm, with credits including The Vasulka Effect (Best Documentary, Edda 2020) and Raise the Bar (Audience Award - Changing Face of Europe at Hot Docs 2021).

While commenting on her appointment, Skarphéðinn Guðmundsson, Programme Director at Icelandic public broadcaster said Jónasdóttir’s appointment is part of RÚV’s strategy “to sharpen the processes around the production and acquisition of documentary material in order to further strengthen the position of documentary material in RÚV's programme offering, both in linear programming and online.”

She delivers her vision for Icelandic and Nordic documentary in the next decade.

What are the biggest challenges you are facing today, and concretely what are you doing to promote documentary filmmaking as an industry and an art form?
Margrét Jónasdóttir: After 25 years of experience as documentary film producer, I have now made a big change. In September I took over as factual commissioning editor at RÚV in Iceland and am now sitting on the other side of the table. I work as head of factual and documentaries which is very exciting. I am very new to the job, so it is perhaps too soon to lay out big ambitious plans. But having been a producer for so long, I have felt the challenges as a producer have increased in the last few years and the main one being the financing of projects. It is getting harder than ever to close the gap in the financing, even though demand for good projects is higher than ever.

In promoting documentary filmmaking as an industry and as an art form, I am now able to use my experience to work with a broader range of producers and directors mainly in Iceland. I find that very inspiring and I see a lot of growth and talent around.

But on the more pessimistic side, the Icelandic Government has now introduced severe cut downs of the Icelandic Film Fund, despite promises from the ruling parties in last elections to support the industry as a priority. The uncertainty of the industry is very worrying. We at RÚV are preparing a new strategy that will put more emphasis on documentaries, I will detail this strategy in due course.

Engagement with diverse audience - wherever they are is more important than ever. What are your recipes to be better in that field?
MJ: Reaching diverse audience is one of the main strategies of RÚV and as a buyer, I also have my eyes on that. In Iceland we are the biggest buyers of documentaries so we are in the good position of being able to choose from a lot of diverse ideas and also to create material with that in mind.

Have you embraced the shift towards streaming and if so how? If not, why?
MJ: RÚV is at the edge of following other Nordic national broadcasters who are now producing material directly to the player. We are however not there yet. We are right now mainly programming for linear TV but aim to go digital first.

What do you feel are the priorities in the Nordics to improve documentary filmmaking towards 2032?
MJ: The Nordics have been very successful internationally with their films. It can be seen in the number of Nordic films at A festivals and big international award ceremonies. The priorities for the Nordics are to strengthen the collaborations both between filmmakers and on the financing platform, and to increase co-productions and collaboration. In my experience when I as a producer co-produced with the Nordics, it has been very successful and has given the projects much broader appeal internationally. In Iceland we are for the first time introducing a new film department that is being set up at the Arts University of Iceland. That will without a doubt strengthen the Icelandic film industry.

Ideally where would you like to be in 2032?
MJ: I would like to see RÚV as having transformed the documentary culture in Iceland, raising the profile of good documentary films and being the 'go to' channel for good documentaries. Even though RÚV is small in comparison to other public broadcasters it does not mean it can't be important for the business. The tendency is to talk about the Scandinavian countries, but both Finland and Iceland are important part of the Nordics.”