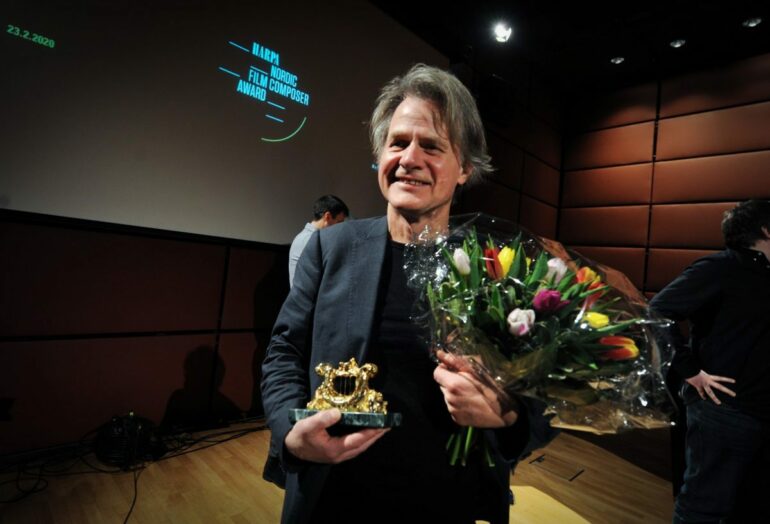 The composer was awarded for his work on Colin Nutley’s TV series A Wedding, Funeral and a Christening, at a ceremony held tonight in Berlin.

“The score in question is clearly based on a mutual trust and understanding between the composer and director,” stated the jury. “The director gives room for music, gives the music an overall presence, and even though the music often is conventional, it’s used in an unconventional way: Elegant, in a good balance, not too much, exactly right! And luxurious!”

Nutley said that his collaboration with Storaas on his C More/TV4 hit series was one of his most inspiring collaborations. “We found each other very quickly and I enjoyed every moment. Gaute’s music gives the series a weight and a richness and takes the drama and the emotion to another level. It actually became the heart of the project,” noted the Stockholm-based British director.

Storaas said: “This [award] was so unexpected! I have to thank the jury and director Colin Nutley, who made this wonderful series. Working on it has been fantastic, not least because of the way he works - without script!”

Storaas is one of the Nordic region’s most experienced and acclaimed film composers. A jazz musician and composer, he attended the Berklee College of Music, Boston. Over the last two decades, he has written mostly orchestral music for film and TV, such as the Norwegian animated film Elias and the Treasure of the Sea for which he received a Harpa award in 2011, the Danish drama The Last Sentence by Jan Troell and the Oscar-nominated A Man Called Ove by Hannes Holm.