Exclusive: L.A./Oslo-based Anders Tangen is stepping up his TV drama ambitions with The Lioness about a female pirate, and Quisling, featuring Norway’s infamous WW2 traitor.

Pitched for the first time at MIPCOM, the period pieces The Lioness and Quisling will be Viafilm’s first drama projects based on real people and events.

Set in 14th century France and England, the 8x45’ epic historical drama The Lioness is inspired by the story of Jeanne de Clisson, nicknamed the ‘Lioness of Brittany’. To avenge her husband, executed by King Philip VI of France, the noblewoman took up arms and launched into a 13 year long career as a pirate in the English Channel. The project is written by Margrethe Stang Lund, based on an idea that she developed with Kristin Eva Thorhallsdóttir.

“Margrethe has spent years researching the topic,” says Tangen. “It will be a passionate period drama, that will also relate to our current political climate, with universal themes of love, betrayal and sacrifice. The strong female character will hopefully attract an A-List talent, and we’re looking both in Europe and in the US for the ideal candidate,” says Tangen.

Quisling (8x55’) will be a major Nordic political drama in the NOK 90-120m range, created by show-runner Bjørn Ekeberg (Valkyrien, Grenseland). Anders Baasmo Christiansen (The King’s Choice, One Night) is in negotiations for the title role. The project will take the viewers on the losing side of WW2, through the story of the controversial Norwegian politician Vidkun Quisling who collaborated with Nazi Germany, developing a close relationship with Hitler, and whose name became a symbol for treason.

“Both Quisling and The Lioness have been in development quite a while but now we’re ready to present them to broadcasters,” says Tangen.

To strengthen his company, the prolific producer has hired David Leader as head of development/producer and is planning to open production outposts in Europe. Details will be announced soon.

Dual language winning recipe
Meanwhile Viafilm is in full production with returning seasons of the Viking spoof Norsemen (6x30’), the dramedy One Night (10x30’) and upcoming crime comedy Magnus (6x30’). All three series commissioned by NRK, were shot in Norwegian and in English, to bypass the remake system, and introduce Scandi talent to the world. Tangen says the demand from distributors has exceeded his expectations.

The English version of Norsemen (Vikingane) season 2 was launched on Netflix on September 26 as an ‘Original’ series, which gave the Norwegian show access to extra marketing and visibility. The Norwegian version premiered on NRK in the fall 2017. Season 3 created again by show-runners Jon Iver Helgaker and Jonas Torgersen, will be delivered to NRK in 2019.

Tangen says the creators used social media to collect fans feedback to give them something fresh, while combining the best elements from the first two seasons. Six more episodes are lined up for Season 4. “What takes time when you produce is doing the preps. But then when you shoot, it doesn’t matter if you do 6 or 12 episodes,” notes Tangen.

The romantic comedy One Night (Enn natt) created by Øystein Karlsen and Kristopher Schau, is also getting a lot of attention. The Norwegian version starring Anders Baasmo Christiansen and MyAnna Buring is currently airing on SVT and Yle after a successful run on NRK. The English version starring MyAnna Buring and Gísli Örn Garðarsson, just wrapped in June; world distributor Federation Entertainment is representing it at MIPCOM. 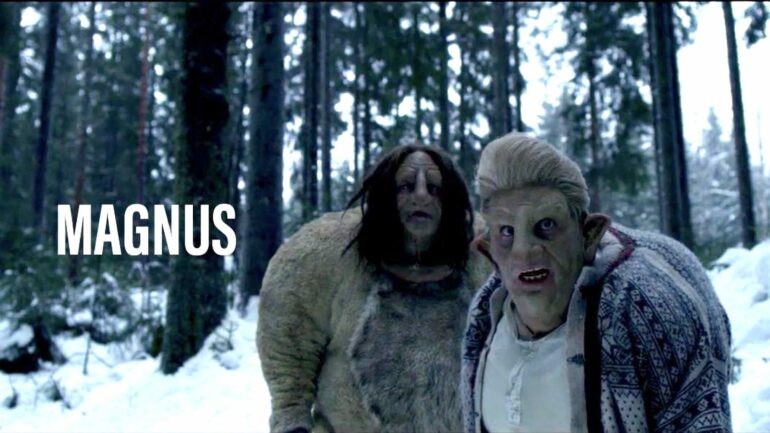 Viafilm’s other innovative series Magnus, is written by Vidar Magnussen and Rolf Magne Andersen, and directed by Geir Henning Hopland (Lilyhammer, Acquitted). The ‘Inspector Clouseau Meets Stranger Things’ tells of Magnus (Vidar Magnussen) a former police officer known for solving the most difficult cases, with the most unusual and absurd methods, who goes undercover to solve a new case.

The Norwegian version is locked and the English version is in the editing room. Tangen is sitting on world rights and pitching the series himself to foreign broadcasters. “Thanks to the backing from NRK, I was lucky enough not to have to rely on an MG to produce the show,” he says. “It’s risky to wait, but I’m 100% confident as I know we have something unique. NRK just saw the first two episodes and loved it so much that they gave us support to write season 2, even before the airing of season 1! “ The premiere is set for early 2019.