TV dramas and Sweden were the most affected, but only 2% of projects were cancelled, according to the ‘Nordic Mission Possible’ report ordered by the Fund.

“Nordic Mission Possible-An Assessment of Covid-19’s Impact on the Nordic Audiovisual Industry and the Effectiveness of Government and Industry Measures” was commissioned by Nordisk Film & TV Fond to Oslo-based BI Centre for Creative Industries (BI:CCI).

Besides a concise summary of restrictive measures, mitigating government and industry measures implemented between March and November 2020 in each Nordic territory, the report gives a clear overview of the impact of the pandemic on the Nordic production sector, thanks to a project-led - rather than company-led analysis.

Through an evaluation of 155 feature film, theatrical documentary and TV drama projects, a mix of case studies and qualitative surveys, the team of researchers identified some key findings.

Commenting on the overall findings of the report, the Project Leader stressed the remarkable resilience of the Nordic audiovisual industry. “It is rather amazing that only 2% of the 155 projects were cancelled due to the pandemic! I see this as a very positive sign for the industry, as people were able to adjust and keep their projects alive under very difficult circumstances.“

Liselott Forsman, CEO at Nordisk Film & TV Fond said:
“We are very proud to launch BI:s research together with Terje and the rest of his excellent and dedicated team. The combination of quantitative and case study research draws a clear and nuanced picture, which helps us understand these exceptional times today and in the future.

Analysing Covid-19 industry effects and evaluating mitigations is useful information for upcoming discussions on sector-specific mitigations, even more so as the results are combined with producers’ thoughts on issues such as the future of international co-productions. Our pan-Nordic mitigation studies will continue in 2021, and so will surely the emission calculations. Sustainability is something we Nordics next need to look into strongly together," Forsman said.

“Nordic Mission Possible” was put together with the help of the film institutes and producers’ associations in Denmark, Finland, Iceland, Norway and Sweden.

Due to the evolving situation of Covid-19 and its impact on the industry, Nordisk Film & TV Fond has asked B.I:CCI’s Endre Offerdal from the research team, to continue the study in a separate survey to be published at a later date. 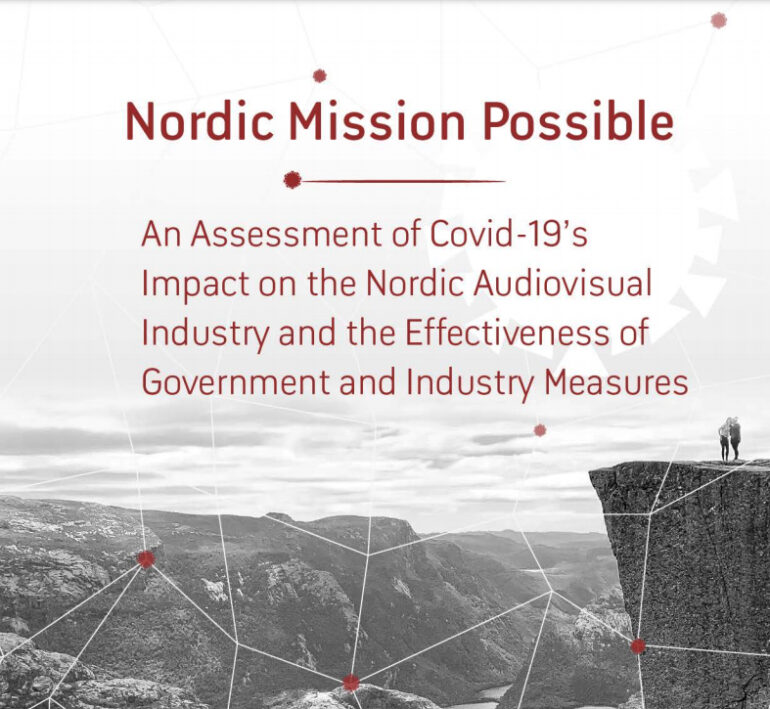