The award was announced Tuesday evening November 2, during the Nordic Council’s Autumn Session in Copenhagen.

Flee is one of the most coveted film prizes in Northern Europe, joining strong Nordic winners and classics such as ANTICHRIST (Lars von Trier), PLAY (Ruben Östlund), THE HUNT (Thomas Vinterberg) and LOUDER THAN BOMBS (Joachim Trier).

FOR MORE INFORMATION ON NORDIC COUNCIL FILM PRIZE, INCLUDING PAST NOMINEES AND WINNERS: CLICK HERE.

With tonight's award, FLEE receives more significant recognition, after the film was last week both nominated as Denmark's official Oscar candidate and nominated for the coveted IDA Documentary Award.

The coveted Nordic Council Film Prize also comes with DKK 300,000, which is shared between the director, screenwriter and producer – as an expression of the fact that film as an art form is the result of collaboration between these three main functions. 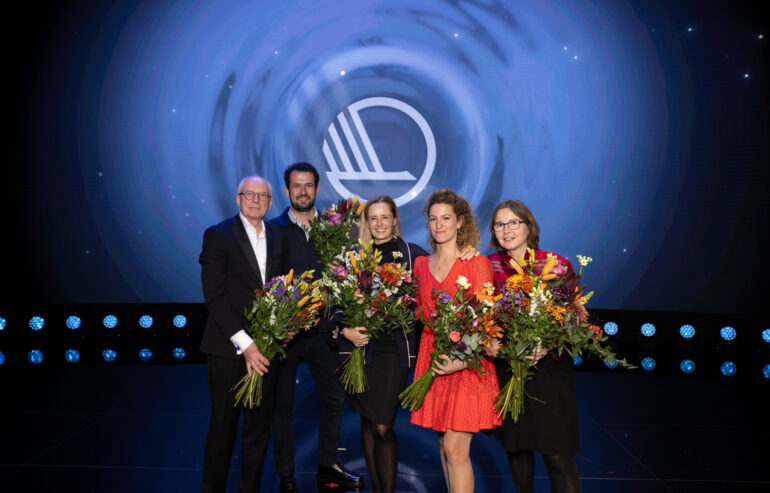 A jury consisting of one representative from each of the five Nordic countries motivates this year's winner as follows:

“It is not often that aesthetic, political and humane dimensions combine in a such sublime and artistic piece of film as in Flee. In this animated documentary, the director´s childhood friend, Amin, tells for the first time his dramatic story of being both homosexual and a child refugee from Afghanistan, at a time in which he faces a major turning point in his life: getting married.

"Flee asks concrete and shivering questions as part of our contemporary migration debate, while simultaneously making it easy for the viewer to see themselves in Amin’s relatable, existential uncertainties, which the film supports with a well-thought-through and sometimes humorous flair for detail and setting.

"The animation brilliantly resolves the two practical difficulties with anonymity and lack of physical imagery. The stylish execution delivers a soulful experience, from the depiction of the happy upbringing in Afghanistan, to the vicious flee to Europe. He ends up in Denmark and tries to find safety and a home.

"We find that Flee tells a necessary, relevant and touching story about how all people, regardless of their ethnicity, background, age or sexual orientation, have the right to a happy childhood and a safe place to call home. The film was created before many people in Afghanistan recently had to flee from civil war and its relevance has only increased in the wake of these events. But the director manages to not become self-pitying or sentimental in their way of storytelling.

"At Sundance, it won the Grand Jury Prize in the World Cinema Documentary category, while at the Annecy International Animation Festival it won Best Feature Film. The film is expected to enjoy much international success in the coming year. The adjudication committee of the Nordic Council Film Prize thinks this is fully deserved. We therefore unanimously agree that we want to award Flee the 2021 Nordic Council Film Prize.”

FLEE was officially selected at Cannes 2020 and went on to win numerous prestigious awards at world festivals in 2021, including the Grand Jury Prize at the Sundance Festival, the Dragon Prize for Best Nordic Documentary in Gothenburg, and the highest Cristal Prize - for Best Film - at the Annecy International Animated Film Festival in 2021.

Charlotte de la Gournerie is co-owner and producer at Sun Creature in Denmark. FLEE is her first feature animated film.

The Nordic Council Film Prize has recently been awarded to BEWARE OF CHILDREN (2020) by Norwegian Dag Johan Haugerud, QUEEN OF HEARTS (2019) by Danish May el-Toukhy and WOMAN AT WAR by Icelandic Benedikt Erlingsson (2018).