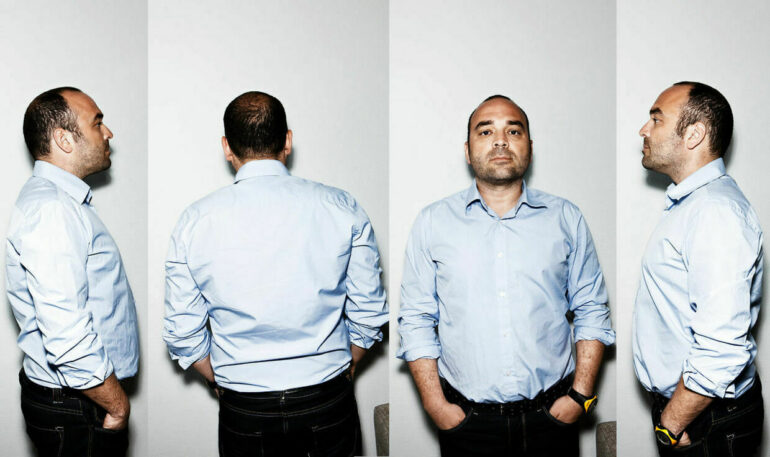 The Danish observational documentary which world premieres this week in Copenhagen is the director’s third film denouncing child labour in the chocolate industry.

The Chocolate War is produced by Made in Copenhagen’s Helle Faber, also attached to Mistrati’s first two films The Dark Side of Chocolate (2010), and Shady Chocolate (2012) tackling the chocolate industry’s use of child labour and trafficking in Western Africa.

While his first two films were investigative works, here Mistrati follows one man’s fight against the multi-billion dollars chocolate industry. The man waging his David vs Goliath battle is US human rights lawyer Terry Collingsworth who has dedicated his life to the abolition of slavery and human trafficking. For over five years, Mistrati has captured Collingsworth’s efforts to get Nestlé and Cargill convicted of systematically using child labour in Ivory Coast's cocoa farms.

To collect evidence, Collingsworth and Mistrati first travel to Mali to meet six key witnesses and former child labourers, before heading off to the Ivory Coast. Going undercover, with two female student lawyers, they visit a government-run ‘centre for the rehabilitation of enslaved children’, which turns out to be empty. Then guided by a fixer, they witness teenage boys, collecting cocoa beans in the bushes, a sample of the estimated 1.5 million children working illegally in the cocoa production.

Collingsworth’s fight against the food giants and their army of lawyers is a battle difficult to win, but he is determined to win the war.

You have made three films on the shady business of chocolate trade, involving child labour. How did you start being interested in the topic?
Miki Mistrati: It’s actually a good story in itself. I was at my local supermarket to buy chocolate. I went to a shelf and there were 7 types of chocolate bars - with different flavours, nuts or not, but only one had the fair trade logo. I wondered: why is that? Does that mean the others are about unfair trade? That was in 2007. I started researching. There were few stories on the topic, one piece from the BBC about child labour from a few years back, but I couldn’t really find anything new so I decided to dig into the subject. I ended up in the Ivory Coast with US filmmaker/cinematographer Roberto Romano. We had an amazing support from a local Reuters’ journalist Ange Aboa. He has worked with me on my three ‘chocolate’ films. Without him I wouldn’t have been able to do this film.

Why did you feel the urge to make a third film on the same topic?
MM: What happened is that I knew of Collingsworth. He had filed his case against Cargill and Nestlé in 2005. I contacted him in 2014 and I said: why not make a film about you and your fight. Helle [Faber, producer] gathered development money and at the end of 2015 we started to have a shooting plan. The first filming was spring 2016. To be honest, I had no clue where the filming would take us. I knew it would be a long running project but never thought it would be that long. Then Covid made things even harder.

What were the biggest challenges in the filmmaking process? Filming an on-going court case, conveniently milked over a long period of time by the army of Nestlé and Cargill lawyers? Filming a character-driven film, different from your earlier investigation works that were commissioned for current affairs TV slots?
MM: Yes. This is a completely different genre, not a journalistic piece for current affairs where your goals are clear. It’s an observational doc. I had to use a different approach, be even more faithful to my main character. I couldn’t interfere with his plan and simply follow him. My whole idea from an early stage was to make the film as a kind of thriller. I love the spy thriller genre, Jason Bourne movies. This is why the music [by Norway’s Marius Christiansen] is composed with some tracks from Jason Bourne. 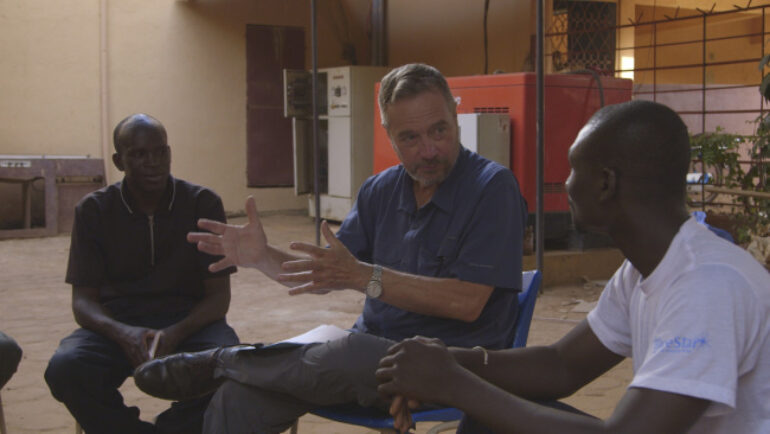 What struck you most about Collingsworth’s personality?
MM: What you see is what you get. He is incredibly passionate, and just pissed off with people who take advantage of the underprivileged. His background reminds me a bit of myself. We come from working class backgrounds. His childhood shaped him-a bit like me. If he wanted to work with a major law firm, he could. But his life mission is to fight as a human rights lawyer around the world.

What could make a difference and really help Collingsworth in his fight against the giant chocolate firms? The current US Democratic Party’s term in office? On-going media attention to awaken public opinion?
MM: The Supreme Court often sides with Republicans - I think it’s sad but corporate America is protected by Republicans so going after the giant chocolate companies is tough. Ultimately, and this is what Terry says at the end: boycotting all the conventional chocolate for sale is the way to go if you want to change things. Only consumers can stop things.

Roco Films in the US is handling sales in North America and DR Sales in the rest of the world. What type of release do you hope the film will have?
MM: I hope it will be picked up by a platform to go as wide as possible.

How has been your collaboration with your producer Helle Faber?
MM: People see me as a professional trouble maker. She is like a mum who makes sure I won’t make crazy things. She is my opposite. I’m fact-driven, she is more artistic and sees what the film needs on a filmic standpoint. We really complement each other. Plus she is amazing at getting funding, convincing people that this is important.

You have a production company in London-Perfect Storm Productions. Do you intend to create a bridge between the UK and Scandinavia in non-fiction?
MM: It was good to come here in London with a different mindset. But although I have made more than 60 films such as the recent Channel 4 Dispatch programme Starbucks & Nespresso: The Truth About Your Coffee, it is still tough to convince commissioners. Public services say they want to take risks, but they actually don’t. What we lack in our industry is people who dare to take chances.