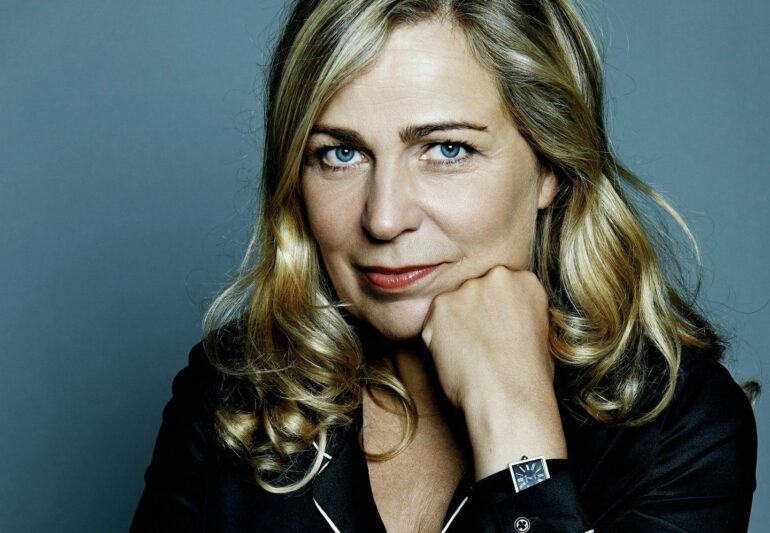 World renowned writer/director/producer Lone Scherfig is nominated for her first TV series as showrunner The Shift, produced by The Creative Alliance for TV2 Denmark.

The Shift is among five series competing for the 6th Nordisk Film & TV Fond Prize for outstanding screenwriting of a Nordic drama series, to be handed out February 2, 2022 during Göteborg’s TV Drama Vision.

Trained at the National Film School of Denmark, the internationally renowned Scherfig is behind the Dogme 95 feature Italian for Beginners, and several mainstream English-language films such as the Oscar nominated An Education, One Day, Their Finest and The Kindness of Strangers. She also made her US TV directorial debut with ABC’s The Astronaut Wives Club.

Tagged as a ‘Nordic Light’, the eight-part series The Shift was created, written, co-directed by Scherfig, and is her first Danish-language project in 14 year. Søren Balle and Ole Christian Madsen serve as co-directors.

The show is quintessentially a Scherfig project, as a warm multi-faceted portrait of people from different backgrounds, sharing life-affirming experiences.

The story unfolds entirely in a maternity ward of a modern Danish hospital, with the main characters belonging to the staff. Patients and their families, come in and out in each episode, giving birth-or not, offering a broad depiction of the world around us.


The central character is Ella (Sofie Gråbøl), head of the maternity ward who works under intense pressure, delivering babies day in day out and running an under-staffed department. She secretly wishes to have her own a child, but struggles to form a close relationship. Among her colleagues is paediatrician Jerry (Pål Sverre Hagen of Valkyrien, Beforeigners), whose marriage is falling apart, a fact his religious community is not supposed to know.

The series was produced by Malene Blenkov at Creative Alliance (co-owned by Scherfig and Ole Christian Madsen) for TV2 Denmark, with support the Danish Film Institute’s Public Service Fund and Nordisk Film & TV Fond. Beta Film handles global distribution outside Nordic territories. The premiere on TV2 is set for May 2022. 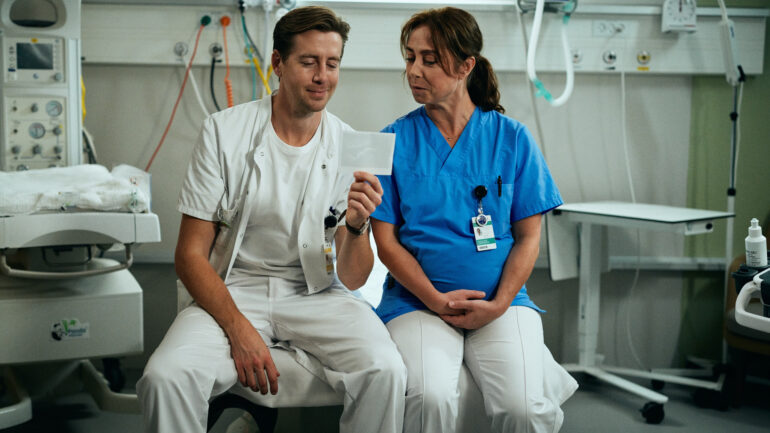 What does it mean to be nominated for Best Nordic Screenplay, with your first series as showrunner?
Lone Scherfig: It’s an effective vitamin injection for looking into a possible second season and warming to everyone on the cast and crew who has taken artistic chances in a not that easy genre.

You were trained as a filmmaker. Was writing a natural extension for you and a craft that you enjoy as much as directing?
LS: I wrote before I even went to film school, so it’s always been part of my work life. But I am a primarily director and walking on thinner ice when writing and supervising writing. I do think a directorial background makes more sense for a showrunner though.

What are the pros and cons of writing for television vs writing for film?
LS: Television allows you to elaborate, tell longer, multi-plot stories, do diversions, and you are not in as big a risk for the audience not to find your story.

How did the idea for the show first come to your mind and why did you choose to set it in a maternity ward?
LS: It was given to me by an actress, Mette Horn who now plays one of the leads, a few years ago. I got back to her perhaps a year later to ask if we, Creative Alliance, could try to make it happen. The maternity ward is an exceptional area full of life and drama - and a place many of us will encounter and have sometimes fond, sometimes frightening, memories of.

How much research did you do to capture the reality of work in a maternity ward, and what essence came out of that research?
LS: We did a lot at different levels: story development, fact checking, final checks and final cuts, advice during shoot etc. We even have professional hospital staff and midwives on camera. It’s as demanding as shooting action scenes, and all three directors including myself were surprised by the complexity.

How would you describe the core of the show, story arch and structure over the eight episodes?
LS: Ella has an overall story, both as leader of the team and on a personal level. Around her are staff members, whose lives change throughout the nine months where the story takes place. Each episode brings new challenges and new facets to the subplots.

What were your inspirations?
LS: The stories are inspired by research, but I can also trace personal material from the writers here and there. Giving reality influence and leaning onto it moved the quality a step upwards.

How long did the full writing process take and did the scripts evolve during filming, to let the acting and magic on set nurture your material?
LS: It took two years from start to finish. I remember starting the first draft of episode one a week before the first Covid lockdown. We’ve worked with extreme focus and a speed that might not have been possible if the world had been normal. But I’ve truly missed being in a physical writer’s room. The attention and gratitude towards health workers became even more relevant each day.

What were the biggest challenges in the writing process? Finding the rhythm, between drama, humour, technical medical procedures? Showing enough but not too much? Making sure all details in the ward were true to reality?
LS: The biggest challenge will always be quality and originality. With The Shift, the medical procedures were particularly challenging for the actors, the prop department and writers, but also inspirational.

You wrote the main character of Ella for Sophie Gråbøl. What are the qualities that you most admire in her, and how did she prepare for her role?
LS: Sofie works hard to get to know everything, so she can take chances on the shooting day. She talked to midwives and went with one of them to work. She and I would talk about details in the script over and over again, so there is no moment in her performance she is not in control of. When I heard the series was nominated, I thought of her first.

How was the interaction on set between professional and non-professional actors playing themselves-nurses, doctors, midwives?
LS: This worked surprisingly well. I think it has to do with the fact that the professional health staff are used to working under far more pressure than we are on film and tv. Also, we had two midwives in the cast, who are former actors. I'd do it again any day.

How was your collaboration with Søren Balle and Ole Christian Madsen?
LS: We have the same film school background, so already share a language. We are tonally quite different directors. Søren is amazing at creating a believable, authentic world and Ole Christian, who did the middle section, at adding a masculine, cinematic angle. The showrunner / director collaboration is not common in Denmark, but we all wanted to try it out and see how the synergy could work for the series.

Can you discuss the stylistic choices you made and use of one location?
LS: It’s a light, nordic arena, quite simplistic but also beautiful. Warm skin tones take up a large section of the images. The intensity and the closeups make up for the fact that you never leave the hospital, but in there, the seasons and time of day can change. It’s like a miniature Truman Show set, but designed to put attention to story and performances only, leaving out any time spent on moving, changing locations, transportation etc.

What’s next for you?
LS: I'm in pre production with a Spanish/French/Chilean feature film: La Contadora de Películas, and thinking about a potential season 2 for The Shift.

Can you cite the top 3 TV shows (Nordic or Non-Nordic) that you’ve watched recently?
LS: Babylon Berlin, Succession, Exit. It’s not easy to be that obsessed when you have to get up before 7am. Whenever I’m in London, I watch new series on the BBC. The Scandinavian Nabolandskanalerne is great too.