I love stories, that don't need me as an audience, but as an eye-witness. There's a huge difference between those two approaches. 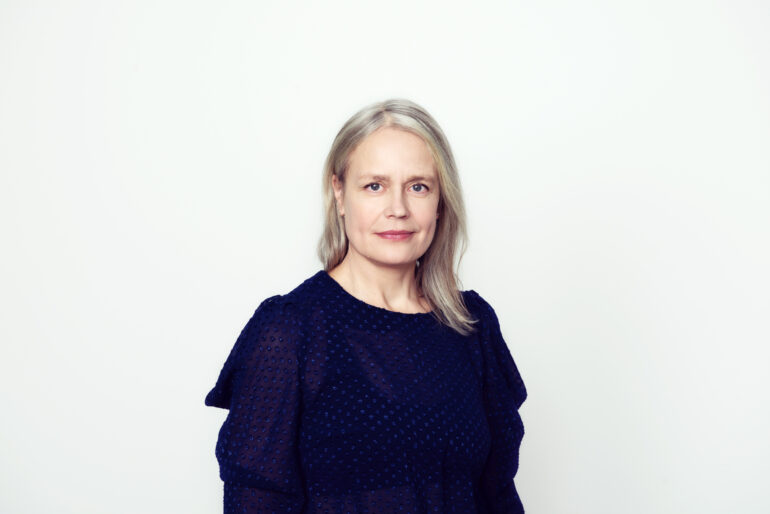 The 8x50’ crime drama is among five series competing for the 6th Nordisk Film & TV Fond Prize for outstanding screenwriting of a Nordic drama series, to be handed out February 2, 2022 during Göteborg’s TV Drama Vision.

Auli Mantila is best known for her films The Collector (1997) and Geography for Fear which won a national Jussi Award-Best Script in 2000. Her TV series Silver Stars (Hopeanuolet), received a 2008 Prix Europa Special and a local Venla TV awards for Best Script. Besides her artistic credentials, Mantila is a Certified Euro-Farrier.

Transport is a fascinating multi-plot drama set in a rarely depicted world of international food trade. The story kicks off with a young journalist who starts to investigate why a microchip was found in baby food. Her inquiries lead her to the illicit horse trade in Europe. At the same time, a dutiful bank manager fails to cover up a mistake and falls prey to something bigger. Meanwhile a border control veterinarian goes missing and an insurance investigator wants to know what happened. The show is about ordinary people who all have their skin in the game. 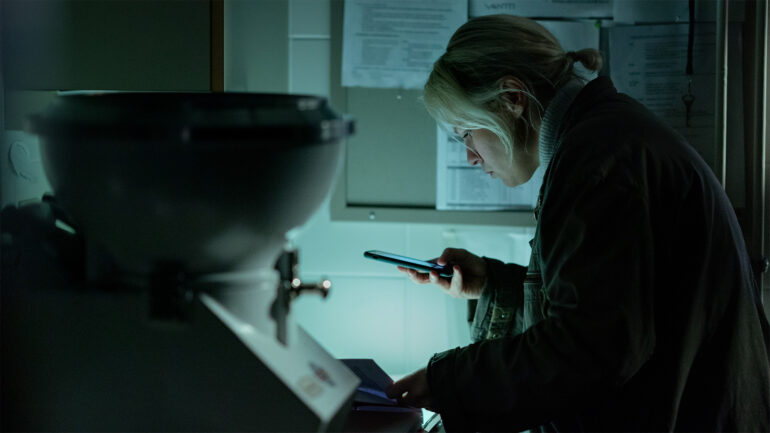 Transport was produced by Miia Haavisto and Tia Talli of Finland’s Tekele Productions for Yle, in co-production with Belgium’s Jonnydepony, with co-financing from DR, RÚV, NRK, SVT, Business Finland, Screen Flanders, Belga Productions, DPG Media, support from the Finnish Film Foundation, Nordisk Film & TV Fond and the EU’s Creative Europe. REinvent International handles sales outside the Nordics. The series is due to premiere on Yle March 25.

What does it mean for you to be nominated for the Nordisk Film & TV Fond Prize?
Auli Mantila: Every living creature has a basic need to be seen and heard. I am not an exception. But to be honest, I never thought of being nominated-this is more than one could wish for!

What kind of stories or genres are you most attracted to and what do you enjoy most about screenwriting for television?
AM: I am attracted to people with the same virtues and flaws, abilities and shortcomings as the most of us, and really interesting in finding those people and stories. I love stories, that don't need me as an audience, but as an eye-witness. There's a huge difference between those two approaches.

Your bio mentions that next to your career in film & TV, you are a Certified Euro farrier. Is it the first time you combine your two passions for storytelling and horses and was it through a personal experience that you got the idea for Transport?
AM: In 2010, I worked as a groom for a horse dealer, importing horses from the Baltic region, and got to see…this and that. Seven years later, one lazy day, I started to read the constitution of the European Union. I learned the basics about free movement for people, capital and goods-and bang! It got me hooked. The 2013 horse meat scandal was old news by then, but I felt the story wasn't over yet. So I started to write.

At industry pitching sessions, you’ve described the show as an “ordi-noir’. Could you explain this new Nordic noir sub-genre and why you’ve coined this term for Transport?
AM: Mainly, I just have fun by calling my style "ordi-noir". It is a tongue-in-cheek attempt to describe crime drama, that happens in broad daylight, involves people with no special talent or trauma, and takes place in locations anyone could just walk in. I just have no need to enhance the reality that surrounds me. I accept it, am grateful for it and I like my work to reflect that feeling of inclusion and respect. So, ordi-noir kind of stems from my aspiration to be one of the many, to be ordinary rather than to be exceptional. 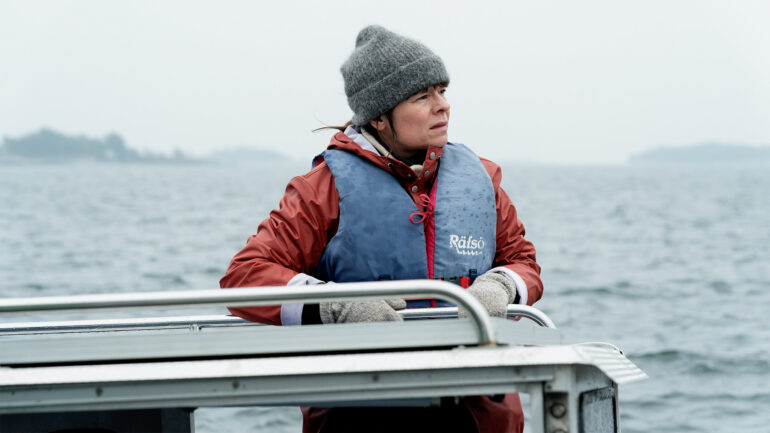 What were the biggest challenges while writing this multi-plot story, set in the relatively unknown world of illegal food trade and horse-trafficking, and how much research did you do to make the story as realistic and relevant as possible?
AM: The biggest challenges always remain the same: how to create relatable, interesting characters that also carry the natural story. You have to have both, and they need to be in appropriate relation with each other. Everything else - the world, the set-up, the subject matter - are sub-categories that stem from the characters and the natural story.

Furthermore, you have to be able to tell the difference between the plot and the story. For me, the plot is the tool for suspense, but the story is the tool for empathy. The research is something you need to do to find your natural story and the characters, and the amount of research depends on how fast you get to the point. At the beginning, I was writing alone and with no demand, so I took my time.

Had you locked the scripts before turning to directing, or did you let the magic on set nurture the writing process?
AM: Yes, I had. I think it is essential to do so, otherwise the rest of the team cannot do their part of the work. When you are shooting seven months straight, you have to be organised, communicative and on top of your game. That does not happen, if you haven't been able to prep and make decisions with a locked script. As a writer/director, I am a good decision-maker because I know my stuff inside out. I know where to hold on tightly and again: where to let go lightly. Being prepared, but not over-controlling, is the way to make the magic happen.

How is your working technique with actors? Did you have some of them in mind while writing the script?
AM: I had most of the cast in my mind when writing - that's what I usually do. I love actors and usually, I first have the actors in mind and then start to imagine the characters based on them. Then, along with the characters, the story starts to emerge. But I don't think I have any special working technique with actors: I just look and listen. I simply try to understand what I see, and what it means to the story we are trying to tell. And then I say cut and thank you and we move on.

What particular look and feel where you looking for visually? What were your inspirations?
AM: I was inspired by the earlier work of cinematographer JP Passi, both in fiction and in docs. I am deeply impressed by his delicate way of operating the camera, being 100% present in the situations and his sense of light. With him, we wanted to be invisible, inevitable: to create a feeling that the story would have happened whether we were there with the camera or not. That's probably the hardest thing there is, to make yourself invisible after all the hard prep. It's like a high-quality no-makeup- makeup: looking as if you are born with it, but it has taken hours in the make-up chair to get the face look like that. It's no different in filmmaking. It is easy to make yourself known, but try to vanish in thin air. Not easy.

How was your collaboration with Tekele and Yle?
AM: I started the development straight in YLE with Erkki Astala and Leena Kemppi. After a year with them, I felt ready to meet a producer. I contacted Miia Haavisto, with whom I had always wanted to work. She had just recently founded a production company of her own. So this was pretty great timing for both of us, and the project continued to grow and bloom in her care.

What’s next for you?
AM: I don't know. There are places to go, and horses to shoe. Then, I have some shreds of stories in my mind, actors I'd like to dream of, topics I need to dwell in. Those might later take the shape of a second season of Transport, or maybe some different project. I am open to all ideas, really.

Can you cite the top 3 TV shows (Nordic or non-Nordic) that you’ve watched recently?
AM: Bloodline, Succession and Happy Valley. And as a bonus, anything from Jimmy Mc Govern, now and forever. Quality never goes out of style.