Exclusive: Leifur B. Dagfinnsson, chairman of Iceland’s top production service house plans to open local studio facilities with UK partners and to expand in the Nordics.

Over the past few weeks, Iceland has attracted global media attention for its ability to curb the Covid-19 pandemic and for its measures to lure foreign shoots. (CLICK HERE).

Dagfinnsson, founder and chairman of Truenorth tells us about Iceland’s unique potential for foreign filmmakers while head of production Kristinn Þórðarson unveils the company’s next projects after the Netflix/RÚV crime series The Valhalla Murders.

You founded Truenorth in 2003. Would you say that today your company is the biggest production service provider in Iceland?
Leifur B. Dagfinnsson: Yes we are the biggest. We do 9 out of 10 studio-related projects coming to Iceland. We collaborate with all big US studios, such as Paramount, Warner Bros, Disney, Dreamworks, Marvel Studios, Sony, Fox, as well as Netflix, Apple TV. We’ve done about 60 film & TV projects so far, from Clint Eastwood’s Flags of our Father (which was by far the biggest film ever shot in Iceland with over 1000 people on the set) to Star Wars, Oblivion, Prometheus with Tom Cruise, Walter Mitty with Ben Stiller, the Fast & Furious series, Justice League etc. 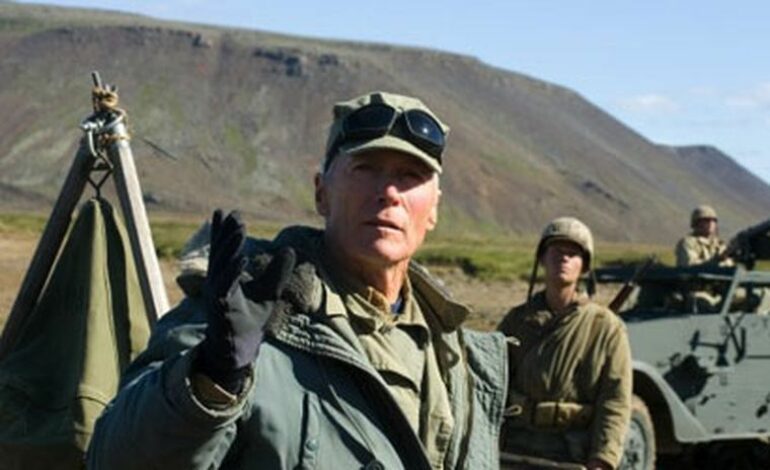 29 MAY 2020
Flags Of Our Fathers Clint Eastwood / PHOTO: Warner Bros

Last year we did among others Netflix’s The Midnight Sky directed by George Clooney, the Eurovision comedy feature with Will Ferrell, Paramount’s The Tomorrow War with Chris Pratt, Apple TV’s The Foundation TV series.

If I’m correct, you have a Norwegian partner in Norway - Per Henry Borch -who helps coordinate foreign shoots. Are you present elsewhere?
LBD: We were approached by the Norwegians in 2015 as they were planning to launch a tax rebate and were interested to build on our experience of dealing with US studios. In 2016 we did our first project there - Paramount’s Downsizing starring Matt Damon. Since then, we’ve done close to 17 projects there. The biggest ones have been Mission Impossible-Fallout, and the next James Bond film No Time to Die. We are prepping another big scale project now.

Elsewhere, we operate in the Faroe Islands, Greenland, and have a Swedish partner -Magnus Thulin-handling Spain and The Canary Islands.

In Finland, the company Woodpecker (Jukka Valtanen) and Truenorth collaborate under the Truenorth Nordic banner as Truenorth Finland. We are waiting for Denmark and Sweden to introduce production incentives to set up bases there as well. In other words, we are probably the biggest production service company in the Nordics.

Iceland’s 25% reimbursement scheme is crucial to attract foreign crews in Iceland and during Covid 19, other destinations like Spain have raised their incentive from 20% to 30% and the Canary Islands from 40% to up to 50% to boost their locations and compensate for a slowing down in tourism. Are you also lobbying your government to get to 35% cash rebate?
LBD: Yes we have been lobbying the government for the past eight weeks since Covid-19 started locking down the world and we’ve witnessed the effect of the virus on the tourism industry in Iceland and Icelandair.

We met with some of the ministers and gave them the lowdown on how to attract foreign crews. We have a small population, vast landscapes, we are basically Covid-free and we can test people whenever is necessary. Furthermore, our currency has been devalued almost 20% against the dollar, so this is another major advantage.

Being able to offer a 35% cash rebate - instead of the current 25% - would make us even more competitive and boost the local economy and tourism industry, as one third of the foreign crews spend during a film production here goes directly to tourism operators.

The Icelandic Producers Association SIK just said - citing Statistics Iceland - that ISK 27 billion (€178.5 million) a year is invested in Iceland thanks to film & TV productions, and that the sector employs on average 1,800 people a year. Kristinn as Chairman of SÍK, can you expand on these figures? 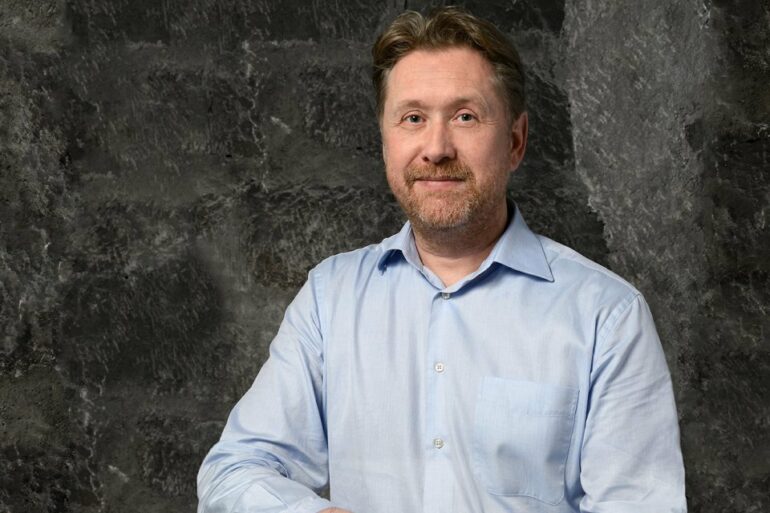 Kristín Þórðarson: Yes we’ve extracted the figures from Statistics Iceland who for the first time published some data last year regarding the weight of film & TV in the local economy. We knew figures were good, but we didn’t think they would be so good!

What is interesting is that at the same time, government spend (including contributions to the Icelandic Film Centre, RÚV, reimbursement for filmmaking) totalled about ISK 10 billion (€66m). Also, the share of foreign co-production spend in the local film & TV industry keeps climbing year on year.

For instance, our TV series The Valhalla Murders produced for RÚV was almost 50% co-financed by Netflix. At the same time, every year, almost 2,000 jobs are created in the film & industry, and each job in the sector creates 1.9 other jobs. With SÍK, we have explained all this to the government, stressing the importance to back the industry, hit by the pandemic. I feel that we are getting more understanding from the government. We just got additional money [ISK 120m or €756,000] to put into projects this summer and to make sure they ready so that when the pandemic is over people can start production.

LBD: Traditionally Iceland has been a favourite place for location shooting, but now is also the time to promote and develop studios and stage facilities here.

Isn’t Baltasar Kormákur’s RVK Studios enough? What other studio facilities do you have in Iceland?
LBD: RVK Studios is the only studio for now. There is basically just one hanger, over 3,000 m2. You can’t really split it or bring in two units. Baltasar is occupying his space throughout the year and it’s great for him to have many projects. But we need other facilities.

What are your plans?
LBD: We are looking into two options:
1/ We have already a 6,000 square meters warehouse space that can easily be converted into stages. This would be the fastest option. We could easily get everything ready to shoot in four weeks if necessary.

2/ we are planning to develop with UK investors/producers new film and sound proof stages in Iceland. We have the piece of property in the greater Reykjavik area. There would be no extra costs for crews for overnight hotel. We have identified the space and two construction companies that could deliver the facilities with a six-month turnaround.

I think there is a huge opportunity within Iceland right now, and down the road, when productions will be in full motion, after the demand has been stacking up, I believe there will be an overflow of projects trying to squeeze into studios in the UK/Ireland.

We are in the backyard of England, so to speak, only three hours away by plane and almost in the same time zone. We could easily bring work here, using UK/US and Icelandic crews. We’ve always worked closely with US/UK crews and have been blessed to work with some of the best talent in studio works.

Where are you in the discussions with the government to increase the cash rebate?
LBD: We are on daily calls with the relevant parties. If the government agrees to raise the tax rebates to 35%, we will put everything in motion for the new studio facilities. We could use the existing warehouse in the meantime. We’ve used it before on a Netflix TV series a few years ago. It’s a well-designed storage stage, in the heart of Reykjavik. It ticks all the boxes for a medium-sized production.

The escalating production and filming potential in Iceland must be great opportunities for young talent in front and behind the camera…
LBD: Part of our future plan is to have the Icelandic film school and Icelandic film museum in the same spot to create a dynamic film TV environment.

Leifur what else do you feel is needed to sustain the local film and TV industry?
LBD: You need a stable currency, as well as competitive cash rebates. In terms of crews and talent, you would need to make that pool bigger. But we are working in the right direction. Last year, all our productions happened within six weeks and we had almost three units at the same time working on two separate projects.

KT: Regarding Icelandic productions, what has changed in the past 5-6 years is the arrival on the market of platforms like Netflix who commission shows in Icelandic language and then distribute them around the world. That didn’t exist before.

Also, what we’ve been lobbying for years here is to get similar tax relief schemes like EIS in the UK, to get private companies/individuals to invest in film and TV drama. We would welcome this financial mechanism to sustain the industry. I do believe the government is seeing the benefit of this as well.

On the production side, The Valhalla Murders was a big success. Are you planning to do a season 2? What else is lined up at Truenorth? 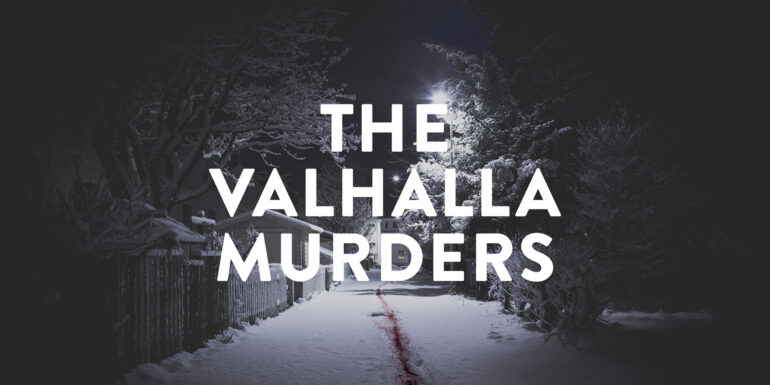 KT: We’re discussing season 2 with RÚV and hope to get a greenlight in the coming weeks. Then the next big project is Eyland, an eight-part dystopian TV drama commissioned by RÚV, based on a book that came out two-three years ago in Iceland.

I’m creating the show with Davíd Óskar Ólafsson [Mystery Productions] and Irish writer Jo Spain. It’s basically what would happen to Iceland if it was to be disconnected from the rest of the world in terms of communication. We’re in final negotiations with a large foreign co-producer.

Then the English language film The Hidden will hopefully start filming later this summer, otherwise next year.

In 2016 you signed a production partnership with Mystery Productions. Is it still on?
KT: Yes David [Óskar Ólafsson, MD at Mystery] is involved on all projects mentioned earlier - including The Valhalla Murders - and we’re very pleased with this collaboration.

In terms of production services, what’s coming later this year and in 2021?
LBD: Nothing is confirmed due to Covid-19 but we have four-six projects on our radar. We are in budgeting and planning mode in the event the producers push the button.

Iceland is ready, we can work safely, but have to see how studio productions are moving forward with their talent, travel insurance etc. Hopefully we’ll know soon.