The Danish drama produced by Nimbus Film was released yesterday by Scanbox in Danish cinemas.

Erna at War is based on Erling Jespen’s eponymous novel, adapted for the screens by writer/director Henrik Ruben Genz (Terribly Happy, Chinaman, The Killing) and seasoned writer Bo Hr. Hansen (The Art of Crying).

The film is set in 1918, in Southern Jutland, at the part of the German Empire. Trine Dyrholm (in another towering performance after Queen of Hearts) plays a single mother, who goes to war, dressed as a man, to protect her mentally-disabled son Kalle (Sylvester Byder), enrolled in the German army. Heading to the front disguised as ’Private Julius Rasmussen’, Erna has to face not only the enemy but also the love of her life the blacksmith and soldier Anton (Anders W. Berthelsen). Ulrich Thomsen plays country officer Meyer who enrols Kalle and hopes to win Erna’s heart.


We speak to the multi-awarded Danish writer/director.

This is your third adaptation of an Erling Jepsen novel after Terribly Happy (2008) and Excuse Me (2012). What is it in his universe that attracts you and what convinced you to adapt Erna at War?
Henrik Ruben Genz: I thought I was finished with Erling screens adaptations, but my producer Birgitte Hald asked me to read Erna at War, and my co-writer Bo Hr. Hansen also said I should pay attention to it as the story and context are pretty surprising. I read it and also felt that the story of a single mum who goes in the trenches during WW1 was strong and highly unusual. I felt it was extremely good material for a feature film.  Also, Erling and I have known each other since we were kids. He was my neighbour in a small village in the southern part of Jutland. So I totally relate to his stories and universe.

Jepsen often uses dark humour to tell tragic stories. I guess the anecdotal element here comes from the fact that it’s a mother who goes to war to protect her son, but besides that, there is little room for absurd humour in the trenches…
HRG: Yes you are right. We didn’t want to make fun of the situation. On the contrary, it was important to stay serious to make it believable. This is why I was so keen to have Trine Dyrholm on board. She is an amazing actress whom you believe right from the start.  Also, as soon as we had the structure of the script with Bo Hr. Hansen, we invited Trine on board to get her input. The book is written by a man, the script by another two men. We needed a woman to give her input and fight for the inner life and soul of our main character. 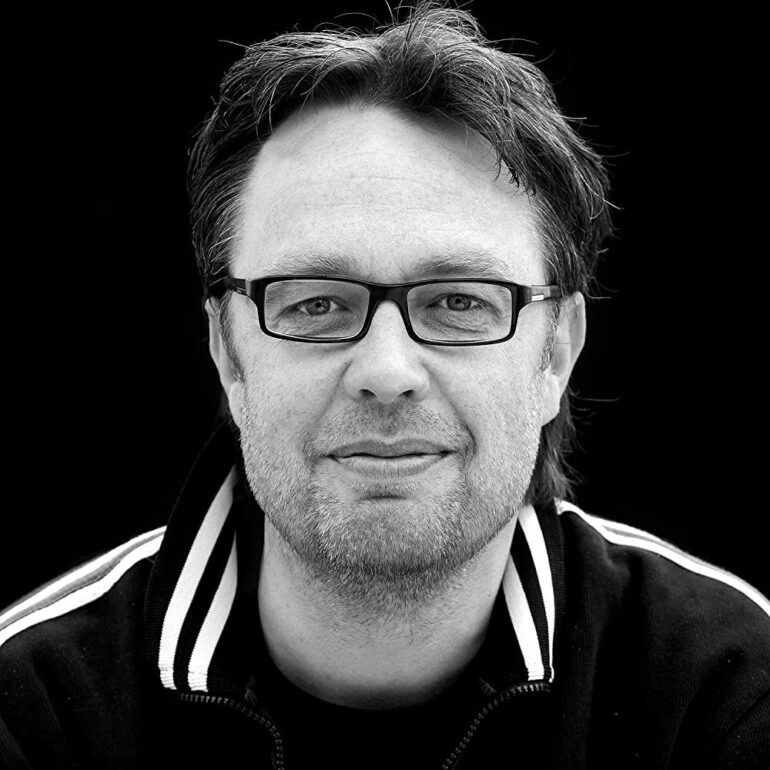 The triangle love affair between Trine Dyrholm and the two men - country officer Meyer played by Ulrich Thomsen and the blacksmith Anton played by Anders W. Berthelsen is also very interesting. How would you describe it?
HRG: To make this weird plot of a single mum going to war believable, we needed strong emotions to engage the audience and go beyond the sense of reality. We developed two opposite men: the character of officer Meyer, a stiff and self-controlled man who has a weak spot for Erna; Ulrich Thomsen plays to perfection that neurotic character. Then you have the blacksmith who is a relaxed and more tolerant man with whom Erna falls in love. Anders W. Berthelsen with his natural charm and serene attitude is perfect for that part.

In the middle of the chaos and war zone, Erna’s presence brings warmth and tenderness, and some young soldiers even call her ‘mum’…
HRG: Yes she becomes like a mother figure to the young soldiers. It is common knowledge that many soldiers during WW1 were very young and really scared in the trenches. Somehow, they wanted to go back to their mothers. Erna’s presence gives them the maternal feeling of warmth, comfort and protection.

It was also very clever for officer Meyer to ask the group of soldiers who know of Erna’s false identity as a man to consider her as a guardian angel. A woman is not supposed to die at war. Ultimately, what matters more for them is the fact that she has a Danish heart.

Erna is probably a symbol for goodness and hope, and the fact that we don’t know until quite late in the film how she became pregnant, brings her closer to Mary in the Bible…
HRG: Yes, of course we are aware of this religious symbolism. You can also consider Kalle as Jesus child. He is innocent, with a mysterious birth origin. In the same way, Ulrich Thomsen as officer Meyer is like Judas as he betrays Kalle-aka Jesus child when he puts him in the battlefield. As with Judas in the Bible, he is ashamed and takes drastic actions.

There are also moments of humanity and magic in the film, such as when Trine Dyrholm uses stolen eggs and flour to make pancakes for her son’s birthday in the shelter..
HRG: We wanted to represent daily life in the trenches. Everyone was desperately in need to cling to ‘normality’ amid chaos.

Could you tell us how you approached your depiction of the trench warfare? A bit like in Sam Mendes’ 1917, you almost physically feel the war through the sticky mud, chaos, brown, white grey colour palette…How was your collaboration with the great production designer Jette Lehman [Melancholia, A Fortunate Man, The Killing] and cinematographer Jørgen Johansson [Terribly Happy, Wisting]?
HRG: Our budget didn’t allow us to have spectacular battle scenes. Therefore, we decided to focus on Erna’s point of view. She has no notion of the battle field, where the front is, so we’re no further than 2-3 meters away from her at any time. The war is seen in fragments, the way she sees the battle field. But the fragments of war give a sense of the bigger picture and lets the audience imagine war, instead of us,.

The colour palette was the result of the close collaboration I had with Jette and Jørgen. Jette used pictures and references from WW1 on a big wall to inspire us. With Jørgen, we usually read the script together. I enact the scenes, he walks around me and suggests where to place the camera. People who see us might think we’re crazy and we did use storyboards for instance to work with VFX specialists. 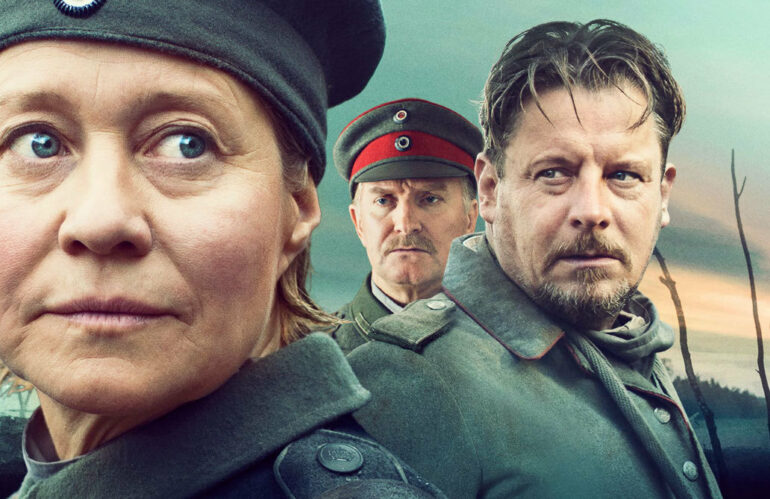 Where was the film shot? HRG: The trenches and shelter were created in Estonia. Then the scenes set in France were shot in Belgium and those with Erna’s home were of course shot in Denmark.

Do you feel the film will appeal to all generations, to women as much as men, due to the empowering female lead character?
HRG: I hope so. It’s partly about 18-year old boys going to war and anyone interested in history can relate to the story set during WW1. Then of course, the film is very modern with Erna going to war and traditional gender roles in war films.

What’s next for you? A film or TV drama?
HRG: It’s too early to talk about it but I would love to do another TV series. Every time you make a film, you have to create a whole world only for one shot, whereas for a TV series, you can create a world and continue telling stories within that universe. It is very attractive.