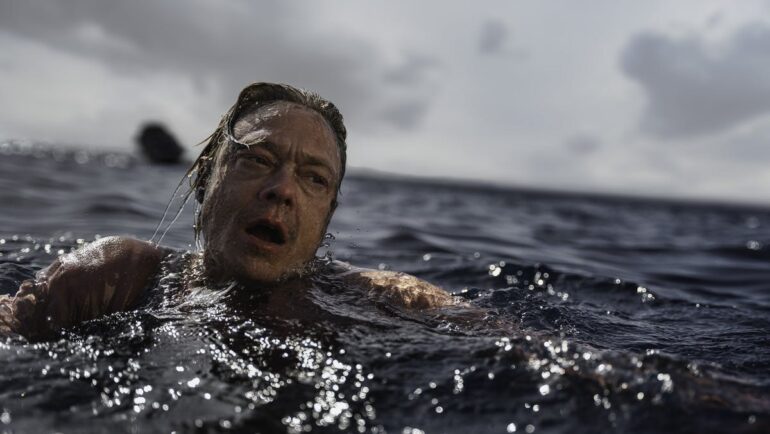 Norway’s most expensive film to date produced by Mer Film went straight to number 1 last weekend with over 60,000 admissions, making it the biggest local opener of 2022.

The film was among three shortlisted titles, along with Sick of Myself and Everybody Hates Johan.

War Sailor had its international launch at the Toronto Film Festival, straight after its screening as opener of the Norwegian Film Festival in Haugesund.

Based on true events and spanning 1939 to 1972, War Sailor is a story about love and loss, and the moral and emotional consequences of war.

Kristoffer Joner stars as a working-class newly-wed father of three in Bergen. When WW2 breaks out, he and his childhood friend (Pål Sverre Hagen) are at work on a merchant ship in the middle of the Atlantic. Suddenly they find themselves on the front lines, fighting without weapons, as their ship is targeted by German submarines. At the same time, we follow Alfred's wife (Ine Marie Wilmann) and their children back home in Bergen and their everyday lives during wartime.

“We are incredibly proud, but also grateful for this unique opportunity to get the war sailors' story out internationally,” said producer Maria Ekervodt. “We are looking forward to traveling to the US and presenting the film to an American audience. The history of the war sailors is also relevant there, there were many American war sailors. We received an incredibly strong response when we showed the film at the Toronto Film Festival and find that the film arouses interest and conversations about what war does to people. This is a film made for the public and this is a unique opportunity to reach even more people around the world.”

Kjersti Mo, CEO at the Norwegian Film Institute and Head of the Norwegian Oscar Committee said they selected War Sailor for its strong and so far untold story, great acting performances and experienced crew.”

Released last Friday in Norway by Scandinavian Film Distribution (SFD) via Ymer Media, the film stormed to the top of the charts, selling 60,225 tickets including previews.

“We are very happy about the opening and the film’s selection as Norway’s Oscar entry has made our expectations for the coming weeks even better. The reviews were fantastic and word of mouth seems to be extremely good. So hopefully it will make this a must-see-film for everybody in Norway”, said SFD’s CEO Michael Fleischer.