The romantic drama Touch (Snerting) produced by Kormákur’s RVK Studios with Good Chaos in the UK has started filming in London.

The ISK 1.1 billion (around €8.5 million) film set between the UK, Iceland and Japan, has received support from the Icelandic Film Centre, Nordisk Film & TV Fond, and co-financing from Iceland’s 35% filming refund incentive.

Focus Features will oversee the US release and Universal the rest of the world outside Iceland, handled by Sena.

Touch is based on the eponymous novel by Ólafur Jóhann Ólafsson (also known as Olaf Olafsson), who held senior positions at Sony and Time Warner while pursuing a literary career. His novel Touch topped the Icelandic book charts in 2020 and was published in the US mid-August.

“I read the novel when it was published in Iceland and found it so gripping that I contacted Ólafur. He was OK for me to direct it and we wrote the screenplay together," Kormákur told nordicfilmandtvnews.com.

The romantic drama is set both during the pandemic - in 2020, and in the 1960s. The story follows Kristofer, a retired chef who spontaneously sets off on a journey to get to the bottom of a mystery that has been haunting him ever since his Japanese lover Miko mysteriously vanished from London 50 years earlier.

“It’s a subtle and emotional movie. Beyond the love story, it’s about the pandemic and the world we live in,” said Kormákur, who just started filming on Sunday in London.

The writer/director/producer is also looking forward to returning to Japan that he first visited for the promotion of his 2015 action thriller Everest. “I came with my family and I was totally taken by the country. I’ve always wanted to go back,” he said.

In the title roles are top actor/singer and composer Egill Olafsson (Trapped) as Kristofer and Yoko Narahashi as his love interest Miko. Their younger versions are played by Palmi Kormákur and model and songwriter Kōki.

The film is produced by Kormákur and his regular partner Agnes Johansen of RVK Studios, with Mike Goodridge of London-based Good Chaos.

Speaking to nordicfilmandtvnews.com, Goodridge said: “I got involved when Baltasar, a director I have long admired, gave me the script to read. It is very rare that a script grabs me so completely on first read, but this one did and I found it incredibly moving. There are so many elements that surprised and delighted me, but the blend of cultures, the different time periods and the seamless incorporation of the early days of the pandemic into the story were chief among them. And of course the fact that Baltasar was directing!” 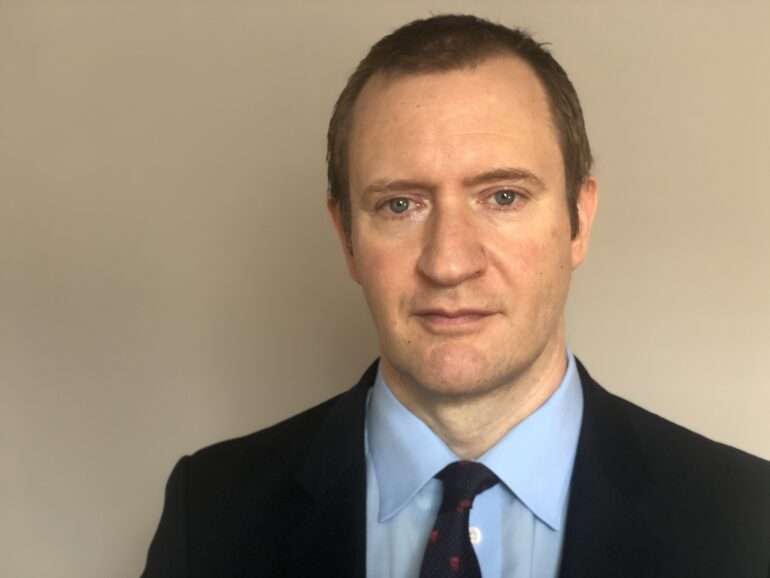 The UK co-producer of the Palme d’or winning film Triangle of Sadness and Hafsteinn Gunnar Sigurðsson’s upcoming Northern Comfort points out that Touch is an Icelandic film - not UK co-production, but as a large part of the story is set in London in both 1969 and 2020, “it made sense to have a UK-based producer on board”.

“We have a wealth of London locations, some fantastic UK cast and crew and my company Good Chaos is line producing the UK leg. I am also working across the Icelandic and Japanese shoots, and trying not to limit myself by national borders,” Goodridge adds.

Meanwhile Kormákur who has been plotting for nearly a decade the establishment of a film village with a studio facility of Hollywood standard in his native Iceland, has turned his dream into reality, “faster than expected” he admits. Next to his existing 3,200m2 Studio 1 outside of Reykjavik, two new studio spaces of 1,600m2 each are due to open later this fall.

As always, the prolific Kormákur has several projects in various stages of development.

“I have a few small and large projects going on. I am developing stuff myself on the film & TV side and have bigger Hollywood projects coming,” he said.

Among the feature projects are the Icelandic/Spanish Whalemen-At the Ends of Earth, and the long-gestated English-language I am Victor to be produced by SF Studios with RVK Studios.