The Norwegian series produced by The Oslo Company for discovery+, picked up the Student Award for Best Short Form Series on Wednesday at Canneseries.

The 7x25’ series Everything You Love (Alt du elsker) was created and fully written by Marie Hafting, with Stian Kristiansen (Home Ground, The Man Who Loved Yngve) serving as director.

The story tells of a young university student, Sara, who meets by chance a former school mate -Jonas and falls madly in love with him. She gradually realises that Jonas has a dark secret. He is gradually being radicalised through the right-wing extremist forums he follows online.

In the starring roles are Jakob Fort and Mina Fuglesteg Dale. The young adult series was produced by Kaia Foss and Nora Ibrahim of The Oslo Company.

The series premiered on TVNorge and discovery+ in February in Norway and is currently available on the streamer across Scandinavia. DR Sales handles international sales. 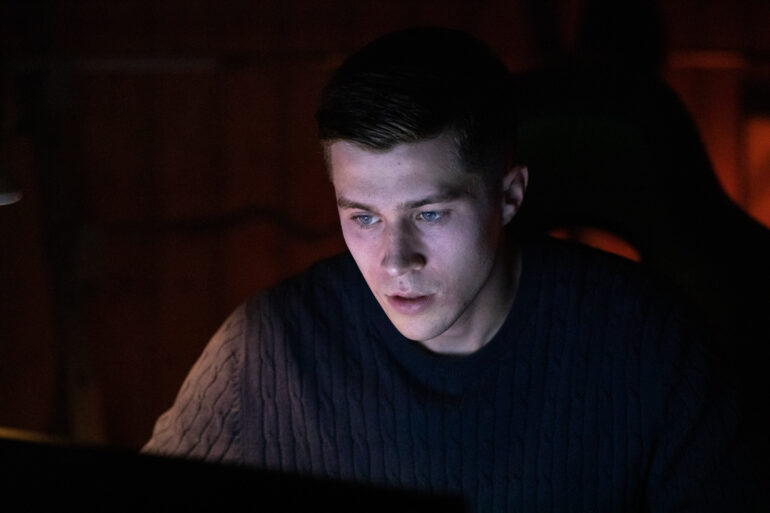 We spoke to Stian Kristiansen and Marie Hafting at Canneseries.

How did you get the idea for the series, combining a love story with radicalisation?
Marie Hafting: It was Nora Ibrahim, Head of Development at The Oslo Company who contacted me and said why not make a story about a guy who gets radicalised, from the angle of a young girl who is in love with him. Nora pitched the idea to Discovery and we started to do research on the topic.

Norway has experienced horrendous terrorist attacks in recent years, from far-right extremists, between the July 22, 2011 attack and more recently the Mosque attack in 2019. That must have been in the back of your mind…
MH: Absolutely. After the July 22 attack where 77 people were killed, we all thought in Norway that this would never happen again, but then in 2019, another young Norwegian attacked a mosque and killed in a racist act his half-sister [of Chinese origin]. That was another shock to our nation and Nora thought about doing a series tackling this topic. We wanted to explore why young white men are being radicalised today.

How did you approach the character of Jonas - his complex personality, extreme ideology, without making a caricature?
MH: We did a lot of research and I met journalists, scientists, I spoke to the Norwegian Police Security Service ‘Politiets sikkerhetstjeneste’ (PST), former extremists and ex-girlfriends of extremists. I also read books and followed extremists forums. That helped me understand that ideology and the mechanisms of radicalisation among young white men. It is a subculture around the world, where people get together on the web, to try to escalate what they call the ‘race war’ to secure the ‘white supremacy’. Having Stian on board was very important to elaborate on the topic.

Stian at what point did you come on board and how did you tackle the core of the series?
Stian Christiansen: I came on board over a year ago, when the scripts were still a work in progress. These days, due to the high demand for talent, it’s quite easy to get a new assignment. So for me it’s all about choosing the right project.

I read the first two episodes and became fascinated by the story. I didn’t want to offer a moralistic take on Jonas, but give people the benefit of the doubt, let them try to understand the process of radicalization, and ultimately ask the question: what can we do about it?

It was about finding a human vibe in the story, and the love story was for me the central theme, with radicalisation as an obstacle to love. When Sara realises Jonas’ true self, she pushes him away. The series asks-is it wise? It tackles being a misfit, when you fall between the cracks of society. This is when it can be dangerous, when those guys feel their values are rejected, and society is against them.

The two main actors Mina Fuglesteg and Jakob Forte are very impressive in their respective roles as Sara and Jonas. How much screen experience did they have?
SK: 10-15 years ago I did a few youth movies and it was quite hard to find young actors. But now, you do find quite a few talented young actors with experience, thanks to the streaming boom. But Mina and Jakob hadn’t played such major roles. Because of the pandemic, we received a lot of self-tapes. I had heard of Jakob and liked him immediately. Then we put them together or…with 2 meters apart at the beginning due to the pandemic. Finding those two actors was a turning point. Mina’s character Sara is happy-go-lucky and naïve at the beginning. But she goes through a character arch, rises to the challenge to become a heroine.

The character of Jonas also goes through a character arc. At the beginning, he is restrained, introverted, but he gradually softens up and the cracks open. He is a bit of a mystery for me. He has a lot going for him-he is kind, good looking, lives in a house, he looks ‘normal’, yet he gets radicalised. I wonder why this happens in a society like Norway, what triggers this extremism?

How did you help the two young actors build their characters?
SK: I trusted the researched from Maria so if they had questions about the subject or the motivations of their characters, they could speak to Maria. I really focused on building the love story and chemistry between them. It’s about creating a safe place and building trust. When I work with amateurs, I have my own method that I have developed through the years. I talk to them, on equal footing, keeping an open dialogue, and appealing to their intuition and heart. We do rehearsals, not fully structured but with a space for improvisation.

What kind of a crew did you have around you?
SK: I had worked earlier with the cinematographer Trond Tønder on the doc Videogutten and the film Kiss Me you Fucking Moron and we’re currently working on an upcoming show about the Norwegian Labour Party. But I had a small team on the series. Everyone was hands-on. We had only one camera, focusing on the drama.

The music also perfectly conveys the mood, with a melancholic feel…
SK: It was composed by Ariadne Loinsworth, ie ARY. She is an established songwriter/singer and also actress, and a friend of my wife. She released an album at the same time and she composed special tunes for the show.

How was your relationship with Discovery Norway?
SK: It was an important series for them as their first drama production. They had done mostly humour before. They wanted to tackle this topic, to create a dialogue and make sure the series had a realistic feel to it. We had their full support and they respected and trusted our creative decisions.

The series has a definite universal appeal and the launch at Canneseries will most probably boost its international launch…
SK: I hope the series will travel and that it will be released all at once, for youngsters to binge-watch it. The way we structured the show in the editing room was like a long movie so it makes sense for people to watch it that way.

MH: In Norway the series was launched with 3 episodes first then the remaining ones later, but viewership didn’t drop, so that’s a good sign.

What’s next for you?
MH: I’m developing other projects and waiting for the decision from Discovery to greenlight a season 2 of Everything You Love. We have actually lined up scripts for three seasons.

SK: I’m working on a big TV show for NRK. 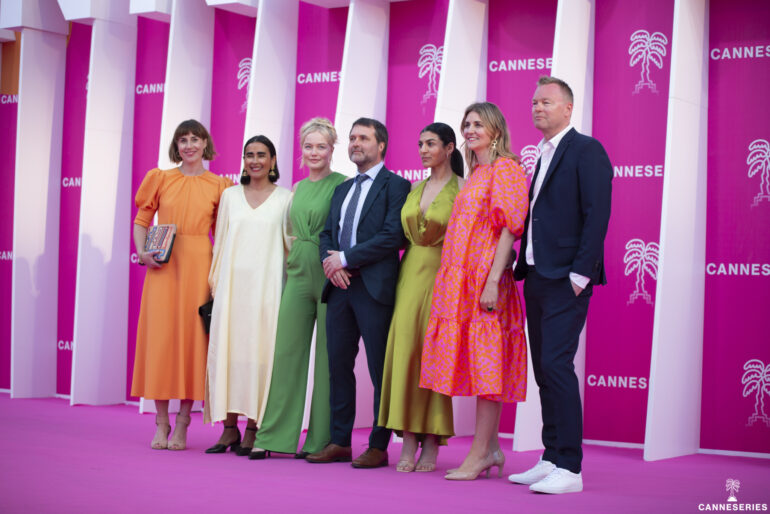 Director Stian Kristiansen and creator Marie Hafting on Everything You Love