Nordic films will roar on the Croisette with The Worst Person in the World, Compartment No 6 in the main competition, The Innocents and Lamb in Un Certain Regard.

The Cannes Film Festival unveiled June 3rd the programme for its 74th edition unspooling exceptionally July 6-17, and a record four Nordic films - all supported by Nordisk Film & TV Fond - have been selected.

Norway’s Joachim Trier with The Worst Person in the World and Finland’s Juho Kuosmanen with Compartment No 6 are entering the privileged club of major auteurs running for a Palme d’or, while Iceland’s debut director Valdimar Jóhannsson and Norway’ Eskil Vogt are competing for the Un Certain Regard Prize with their respective genre films Lamb and The Innocents.

Liselott Forsman, CEO at the Fund said: “What a joy it is to congratulate these four talented Nordic filmmakers on behalf of the Fund. It is not totally surprising to see Finnish Juho Kuosmanen and Norwegian Joachim Trier in the main competition. Born in the 1970’s, they have already long enlightened the European film stage with their personal, cinematic and also empathic films.

“Trier studied in Denmark and in the UK, while Kuosmanen studied at home in Finland, but had two student films in Cannes, including a winner. Both combine going international early, with staying true to oneself. The same can be said about the Nordic writing/directing talents now competing for Un Certain Regard. Eskil Vogt’s international journey started already at the film school La Fémis in Paris and Icelandic Valdimar Jóhansson’s at Bela Tarr’s film factory in Sarajevo. At the Fund, we are of course also very happy to see four supported films in Cannes."

In the main competition, Trier and Kuosmanen will be competing against 22 international filmmakers including former Palme d’or winners Nanni Moretti, Jacques Audiard and Apichatpong Weerasethakul, or French-born Mia Hansen-Løve, with Bergman’s Island, co-produced by Ruben Östlund’s Plattform Produktion in Sweden.

Trier’s THE WORST PERSON IN THE WORLD is his second entry in the main competition after Louder than Bombs, selected in 2015. The film is the third instalment in his ‘Oslo trilogy’, together with Oslo, August 31st, which screened at Cannes’ Un Certain Regard 2011, and Reprise (2006). It’s a comic drama about love in our time, and about having all the opportunities in life, but still feeling like …the worst person in the world. 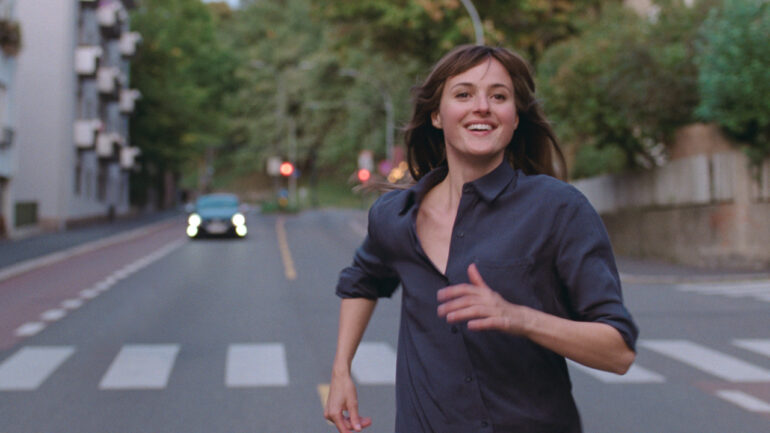 Trier said: “For a long time, I have wanted to make a film about love. One that goes a bit deeper than normal onscreen love stories, where everything is so simple, the stories so clear-cut, the feelings so admirably unambiguous. A film that will look seriously at the difficulties of meeting someone when you’re struggling to figure out your own life; at how irresolute and uncertain even the most rational and otherwise self-confident people can become when they fall in love; and how complicated it is, even for romantics, when they actually get what they have been dreaming about.”

The film was co-written by Trier’s long-time collaborator Vogt, who makes a rare double entry in both the main competition and at Un Certain Regard with his own creation.

Kuosmanen’s COMPARTMENT No 6 is the director’s sophomore feature after The Happiest Day in the Life of Olli Mäki which bagged the Un Certain Regard Prize in 2016. Kuosmanen also collected two Cinéfondation awards in Cannes for his short films Roadmakers, third-prize winner in 2008 and The Painting Sellers, 1st prize-winner in 2010. His flawless presence in Cannes so far makes him a direct heir to Aki Kaurismäki, four times Palme d’or nominated, including in 2011 with Le Havre, Finland’s last film entry in the main competition. 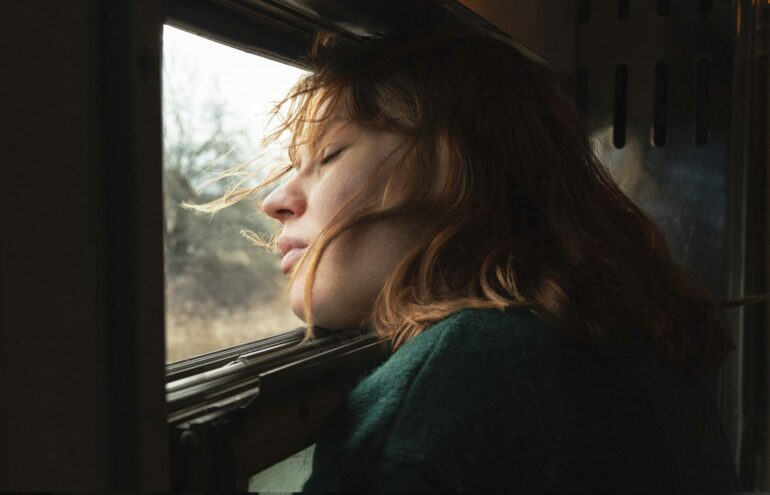 Describing Compartment No 6 to the press on Thursday, Thierry Frémaux, the Cannes Film Festival’s Artistic Director said: “Beyond its artistic qualities, it’s a very soft film, and its presence will do good to the main selection.”

Loosely based on a novel by Rosa Liksom, the film is set in the late 1980s. As a train weaves its way up to the arctic circle, two strangers share a journey that will change their perspective on life. “The only way to be free is to accept the absurdity of life. Freedom is not to climb up, freedom is to let go,” says the director about the main theme in his film.

Totem Films handles world sales. B-Plan is in charge of the domestic distribution.

NORDIC GENRE AT UN CERTAIN REGARD
In the Un Certain Regard section for upcoming talents working on edgy original films, Iceland will be back with LAMB, six years after Grímur Hákonarson made a huge impact on the section with another lamb tale - RAMS, which won the top award.

Lamb was first pitched as an idea at Nordisk Film & TV Fond's former Nordic Genre Boost initiative.
Producer Hrönn Kristinsdóttir told nordicfilmandtvnews.com: This [Cannes selection] is a great end to a long journey, and we are super grateful to all our partners who believed in the film. Being part of Nordisk Film & TV Fond‘s initiative Nordic Genre Boost opened up many doors for the film both creatively and financially,“ she said.

Commenting on his Cannes selection, Jóhannsson said: "First and foremost I feel very honoured that the film was selected for Cannes. This means a lot to me and I am both humbled and proud that Lamb is among all the great films selected at Un Certain Regard. I am also deeply grateful to all the people who believed in the film, and all the people who worked on the film with me and made it what it is.”

Lamb was co-written by the director with acclaimed poet and novelist Sjón. The story centres on the couple María (Noomi Rapace back to her Icelandic roots) and Ingvar (Hilmir Snaer Gudnason) who live with their herd of sheep on a beautiful but remote farm in Iceland. When they discover a mysterious new-born on their farmland, they decide to keep it and raise it as their own. This unexpected prospect of a new family brings them much joy, before ultimately destroying them.

The film was produced by Kristinsdóttir and Sara Nassim for Iceland’s Go to Sheep, in production with Piodor Gustafsson and Erik Rydell for Sweden’s Black Spark Prod., Klaudia Śmieja-Rostworowska and Jan Naszewski for Madants Poland, Film i Väst, Chimney Sweden and Chimney Poland, in association with Rabbit Hole Productions and Helgi Jóhannsson. The film was supported by the Icelandic Film Centre, Swedish Film Institute, Polish Film Institute, Iceland’s Ministry of Industries and Innovation, Eurimages and Nordisk Film and TV Fond.

New Europe Film Sales handles world sales. The film will open in the fall in Iceland.

THE INNOCENTS is Vogt’s sophomore feature as writer/director after his award-winning Blind.

Commenting on his Cannes selection, the director told www.nordicfilmandtvnews.com "To get to show The Innocents to an audience on the big screen, at the world’s most important film festival, feels both amazing and just right. To have two films in the official selection feels almost too good to be true. I have to pinch myself and hope it won’t all disappear!!!”

The film follows four children who become friends during the summer holidays. Out of sight of the adults, they discover they have hidden powers. While exploring their newfound abilities in the nearby forests and playgrounds, their innocent play takes a dark turn and strange things start to happen 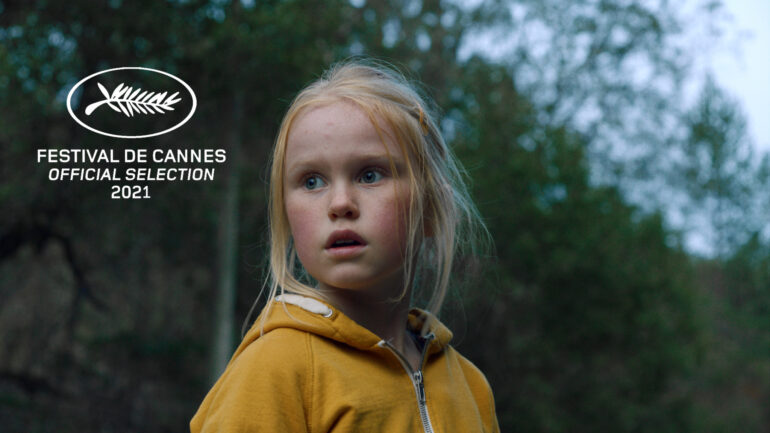 The film was produced by Maria Ekerhovd for Mer Film, in co-production with Zentropa Sweden, Finland’s Bufo and Denmark’s Snowglobe, with support from the Norwegian Film Institute, the Finnish Film Foundation, Eurimages and Nordisk Film & TV Fond.

A record 2,300 international films were submitted for Cannes’ official programme.

The festival will kick-start with Leos Carax’s Annette starring Adam Driver and Marion Cotillard. The main competition is presided over by Spike Lee.

COVID-19 Restrictions
Regarding the pandemic, Cannes festival’s president Pierre Lescure said there will be no limit to screen capacity and wearing masks on the Croisette might not be necessary, although everyone will be advised to apply the regular anti-Covid-19 measures.

Admission will be submitted to daily health pass checks, whereby a participant who hasn’t been vaccinated will need to show either a negative PCR or antigen test no more than 48h old, or a certificate demonstrating full vaccination recognised by the European Medicines Agency, or proof of immunity via a positive antibody test or RT-PCR test dated no less than 15 days prior, and completed within six months.

Free-of-charge PCR test facilities (open daily 8am-8pm) will be available at the Pantiero near the Palais in Cannes. Lescure said he expected the French government to clarify within 36 hours information concerning travel restrictions from red-zone countries.

The Cannes Film Festival will be the first major cultural event in France to take place on-site, since the start of the pandemic.

The programme of the 60th Critics’ Week will be unveiled June 7. No date has yet been set for the Directors’ Fortnight’s announcement.