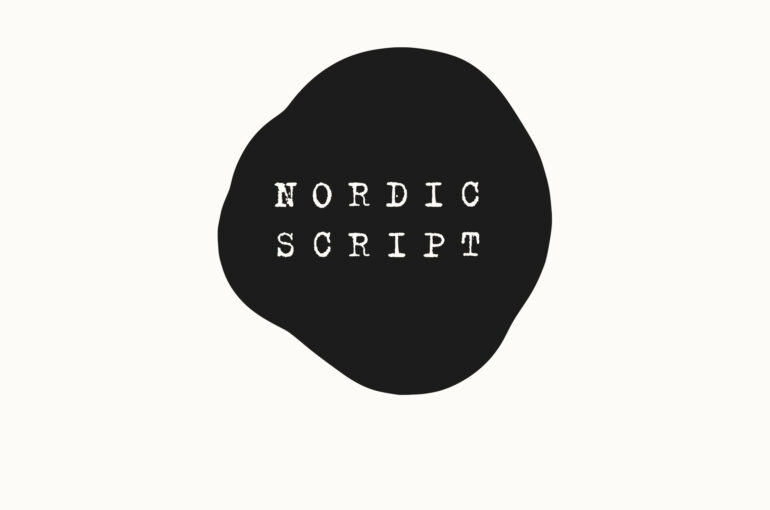 Writer duos are now eligible for application and the potential number of writer participants has therefore been raised.

Don’ t miss-out on the chance to hone your drama series writing skills with senior tutors, to network with and be inspired by fellow Nordic writers, script editors, commissioners, producers and key content decision-makers.

Nordisk Film & TV Fond is proud to announce new details on its three-part NORDIC SCRIPT Lab, set to welcome up to 15 selected Nordic participants (9 -12 writers, 3 story editors or commissioners or producers) at the following venues and dates:

New Collaborating Partners
Besides the founding partners Oslo Seriedagene, the Göteborg Film Festival and City of Helsinki, the Aarhus Series Festival and adjoining industry platform ‘THIS’ in Denmark will offer participants full access to its festival and special masterclasses in the fall 2022, while the Helsinki International Film Love & Anarchy will join forces to arrange the June 2023 lab.

Script Lab Structure
Devised by Nordisk Film & TV Fond CEO Liselott Forsman, in conjunction with founding partners Taina Seitsara at City of Helsinki, Cia Edström at the Göteborg Film Festival/TV Drama Vision and Jan Strande Ødegårdstuen at Oslo Seriedagene and NRK, the first lab will focus on drama series writing. Morning sessions will be dedicated to project development with mentors and peers, while afternoon sessions will include series lectures and masterclasses.

“We are very proud to announce our highly professional tutors, who all combine deep craft knowledge with valuable mentoring/training experience,” said Liselott Forsman. “It is also very inspiring to welcome new collaborating partners such as Helsinki International Film Festival that will co-work with City of Helsinki on the June lab and This Series that welcome participants to international networking and master classes in Aarhus between the Oslo and the Göteborg labs. The energising feedback from writers and writer duos shows a clear need for Nordic talents to get together to train and network”

Margrete Soug Kåset, Senior Mentor added: “We live in fluctuating times. As Nordic storytellers-what is our calling? How do we challenge the global audience? Nordic Script believes in higher ambitions and complexity. People of the new era still need great stories, multifaceted long running series, which reflect us and become our second home. Nordic Script aims at bringing Nordic stories into the next era.”

For all information about NORDIC SCRIPT and the application process: CLICK HERE.

Adam August - tutor
Danish-born Adam August studied at the Danish Film School’s writing programme from 2015-2016 and at the Truby Writing Studio in LA. August’s debut as a screenwriter was with the film Darkland (2017), which received a Bodil award for Best Screenplay. He also served as writer of the series Follow The Money season 3 in 2019, (Robert Award, Best Series), and Cry Wolf (Nordisk Film & TV Fond Prize 2020) In 2020, he directed his own series for DR, Lover. Adam is also Creative Executive and Head Writer at Drive Studios.

Maria Clauss - tutor
Swedish-born Maria Clauss has worked in the film and TV industry for more than 20 years, with companies such as Filmlance, Yellowbird, Nordisk Film, SVT, HBO Max and Netflix. She has developed the award-winning films Charter by Amanda Kernell, JJ + E by Alexis Almström, Call Mum! by Lisa Aschan, and TV-drama series Top Dog S2. She has been teaching screenwriting at Stockholm University of the Arts, Alma Education, and Biskops Arnö Folkhögskola. Her main focus is to find the emotional core of the story.

Since 1998, she has been supervising development and production of TV-drama series, from 2006 - 2016 as story editor/story producer for NRK drama. Her credit includes Norway’s highest rated seasonal series Himmelblå (first Norwegian series to win an International Emmy-Best drama series) Mammon 2, and the thriller series Monster (European Script Awards 2017). From 2017 she was engaged as a development commissioner at the Norwegian Film Institute, and is now story coaching for the industry, managing and mentoring writers rooms, besides teaching at Westerdals Institute for Film & Media at Kristiania University College. She started out in the Norwegian Film & TV industry in 1992, directing a number of titles for NRK, including documentaries, entertainment and fiction.